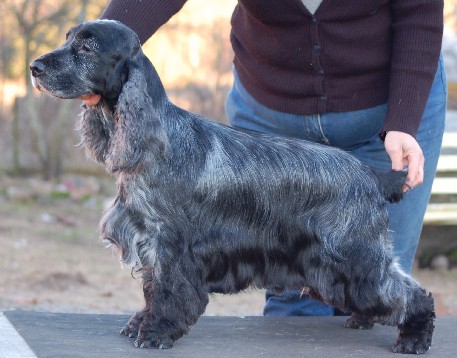 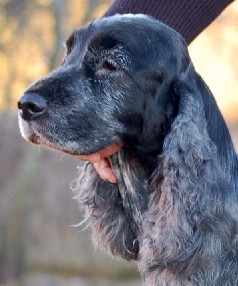 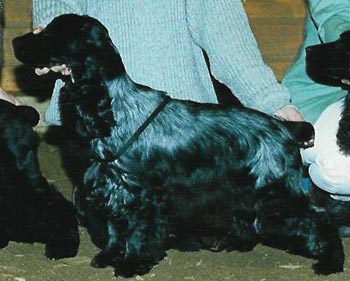 "Hedvig" is just like her mother was, she´s enjoying life to the full ! Ok I guess she plays around a little bit moore with the other youngsters. And she loves long walks and attending dogshows.
At shows she has almost every time won the juniorclass, like in a very big class at Stockholm International show-99 for Mr Luis Pinto Texeira and then in Koping for Mrs Maudie Burke. She has several CK´s and placements in best bitch class.
Hedvig got a CC at her first show out after her maternityleave. Thereafter followed the 2 remaining CC´s in a rush.. the second for Mr Carlos Saevitch (62 entries) where she was BOS, and the last one at Skokloster for breedspecialist Mrs Sandy Platt (96 entries).