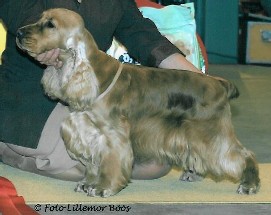 "Signe" has a very mild and harmonic character. She has got her cool ways from her mother, and she can go

to sleep in the middle of the yard while the other dogs are running around playing. Just like her father she talks a lot, and if you talk back to her, you can have a long conversation with her. She loves to go to shows and she´s so proud when she gets the chance to show off. 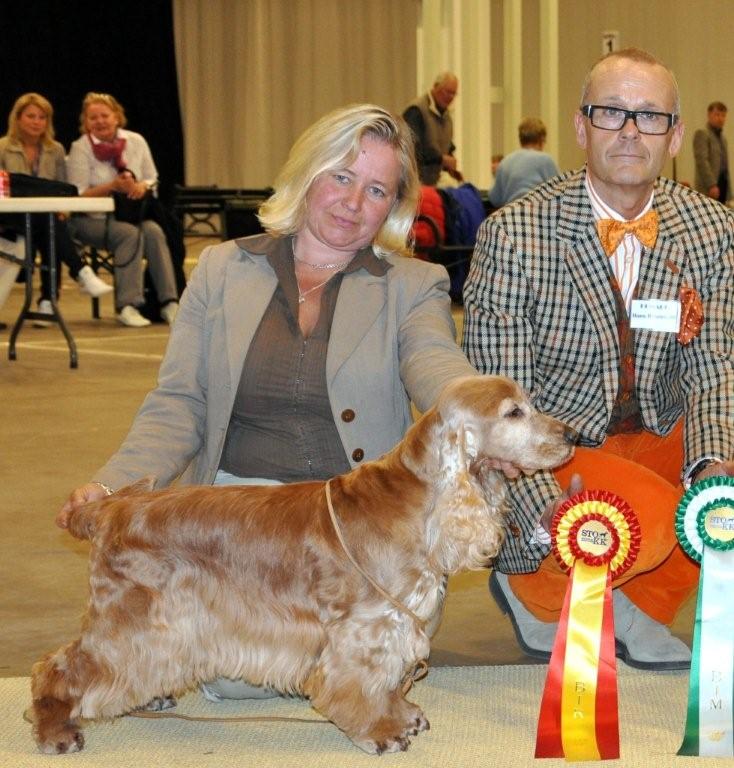 Signe made her showdebut only 4,5 months old by going straight to the top and becoming BPIS! After that she entered the juniorclass with great enthusiasm. For ex she was BIS-junior att the Cockerclub show in Vasteras. She has gained - only from juniorclass - several CC´s, BOS, BOB and BOG placement.
She ended the year 2001 by becoming 3:rd best "junior of the year".

In the year 2002 she spent most of her time at home nursing her first litter, just to get her Championtitle the first time out, only one month after her second birthday!
2003 has been a fantastic show year for Signe. The most memorable is when she was BOG at Stockholm International and when she won the championclass at the worldwinner show in Dortmund and gained an Anwartschaft.
She got her Tracking champion title after 3 straight 1:st prices!!

Signe is now in veteranclass where she really enjoys herself, with several BOB veteranwins and BIS placements to her credit. At the photo here <<< she gets BOB veteran and also BOB and BOG-4 overall at Stockholm International 2009! So she can still stand against all other bitches!
she ended her showcarreer in grand style by getting BOB veteran at the Stockholm Int. Nordic winner show and gained the title Nordic veteran winner-2011!!!. 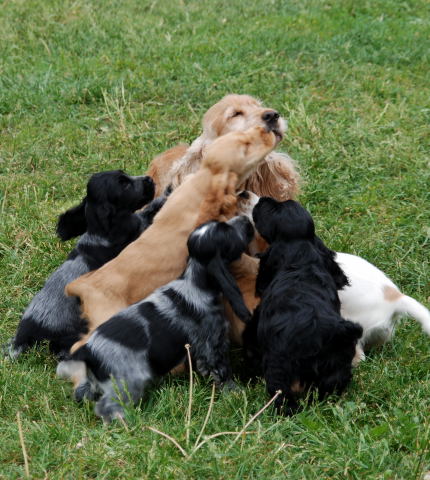 Signe proved to be one of my very best brodbitches, as she has produced topwinners from all her litters by different males.

Now Signe is enjoying life as a retired lady, she ended her showcarreer in grand style by getting BOB veteran at the Stockholm Int. Nordic winner show and gained the title Nordic veteran winner-2011!!!.