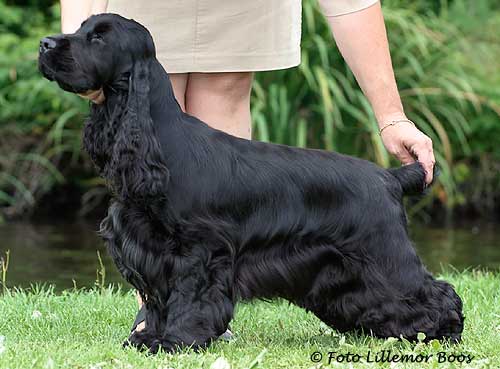 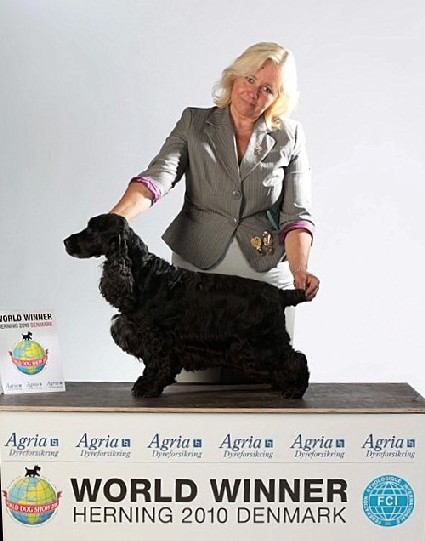 kennel, with great patience and she has shown the little ones how to splashe their paws in the waterbowl, dig small holes in the garden and ripping newspaper in small particles. When she sees me watching her, she just pretends that she is´nt involved at all......

Greta started her show carreer with several straight BPOB wins, and the latest time out she was BPIS-res!
She has continued to do very well in juniorclass and in youngsterclass and has already gained 4 CC´s, CACIB and BOS!
She got her 5th CC, her first time out in open class, wich made her Swedish show champion aswell as BOB & BIS-4!
During part of 2004 Greta was home nursing her first litter of 5.
In 2005 she was out in the rings again with great success with several BOBs, BOSs and groupplacements. She also became Norwegian champion and Norwgian Winner-05 at the Norwegian Winner show in Hamar!

During 2006 she gained the title SVCH wich proves that thre's more than beauty in this girl. So now she is also a swedish tracking champion!!