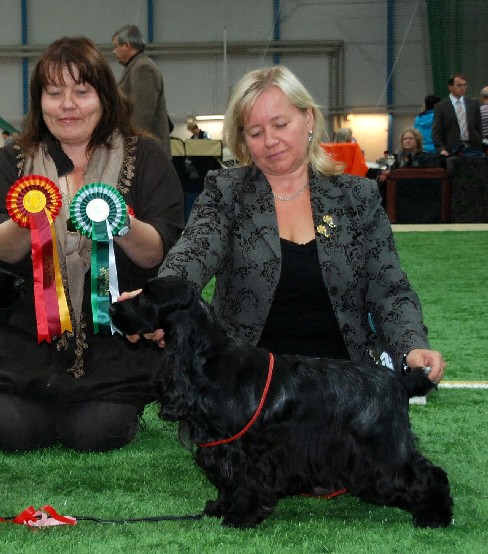 Best bitch in Åland 2011, and gets her last CACIB for the INTERNATIONAL CHAMPIONTITLE! Judge: Mrs Kari Granaas Hansen 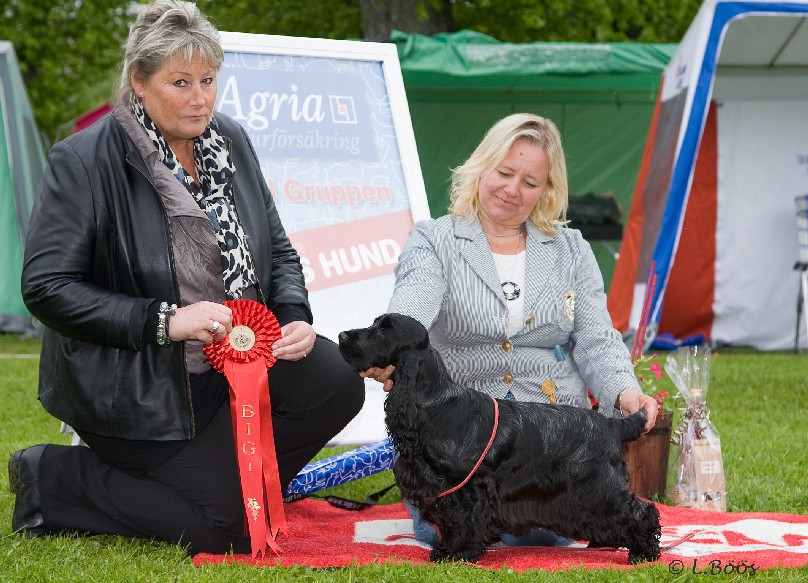 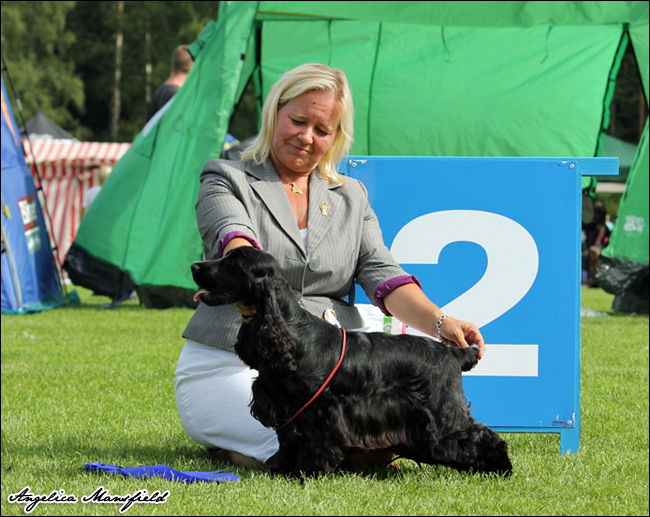 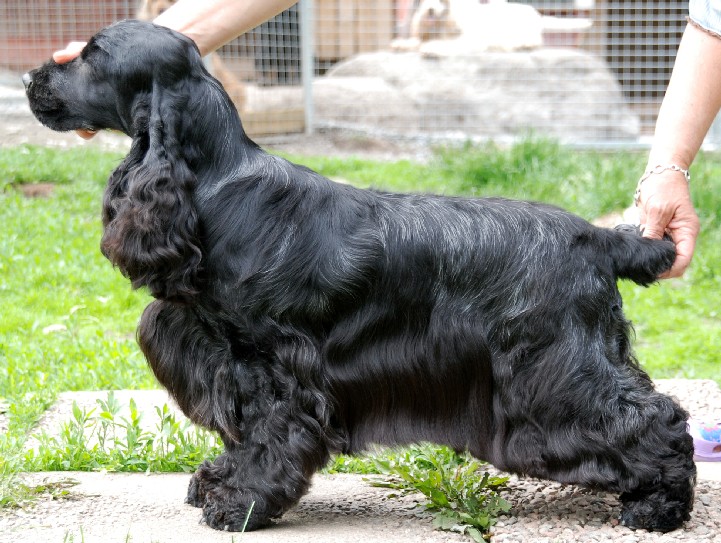 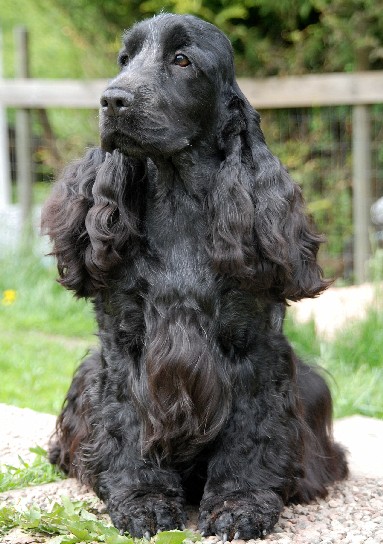 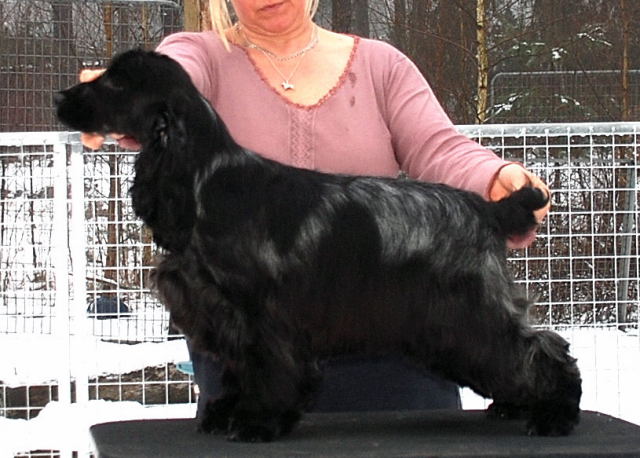 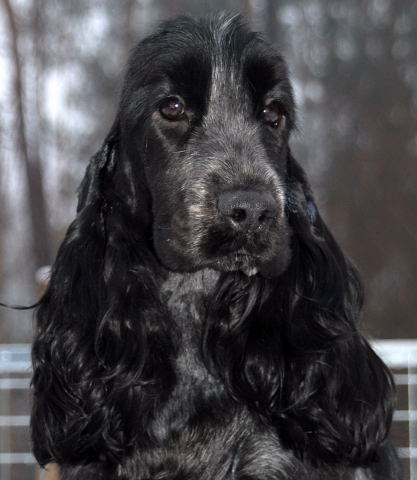 Ingrid 10 months old
(sorry for the poor photoquality, when I discovered it she had already been playing around and got wet again...) 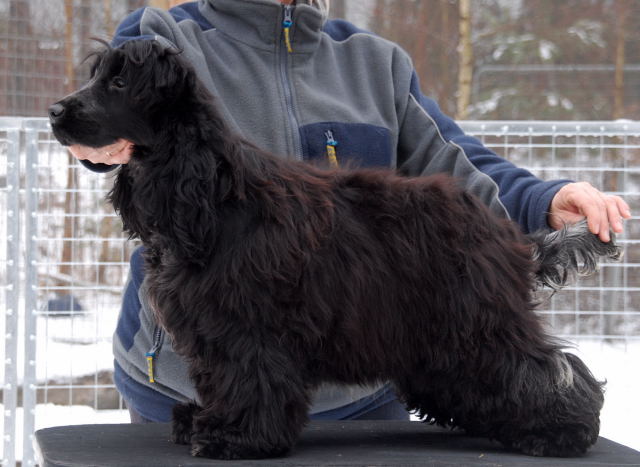 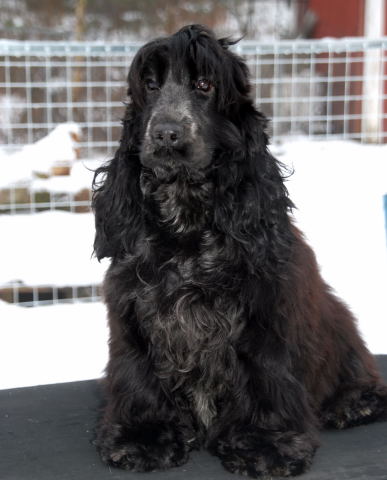 10 months old, before the trim. 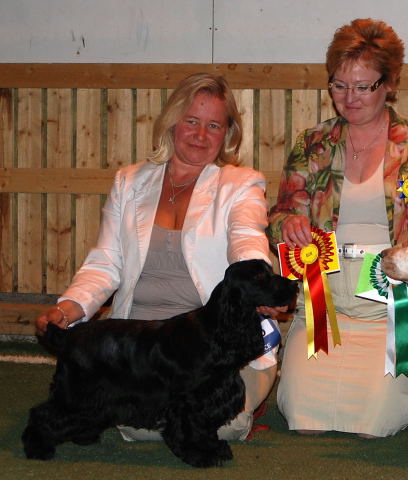 From Signes last litter we decided to keep little Ingrid. She resembles alot to her bigsister Vanja. She is bestfriends with the 1 month older Maggie and those to are often seen making all kinds of naughty things together...often lead by Ingrid, and when she's caught she put's up an innocent face.

Ingrids showcarreer started at the Clubshow-08, where unfortunately she had stagefright the first day. But on the second day she she did get a hang of it and showed off real nicely, wich lead to a 3:rd place with HP!

In juniorclass she has won the class every time. Second time out she was best bitch with the CAC and BOB!
Up to date she has 6 CAC's, 9 x BOB and several CACIB's.
She got her championtitle in grand style by getting BOB at osterbybruk Int. and also winning the group!!!

At the Bundessieger show she won her class both days which gave her 3 VDH CAC's! On day 2 she also went best bitch and got the club CAC!

In september 2011 she went on a trip to Åland (Finland) were she went best bitch and took her last CACIB for the international championtitle! Only 5 days later she took her last points for her tracking champion title! no wonder I am so proud of this girl!!

She has produced her first litter to our orange boy Alfred - Ch Manaca's Walk On the Wild Side, from were we kept Roger, who is a carbon copy of his mother!