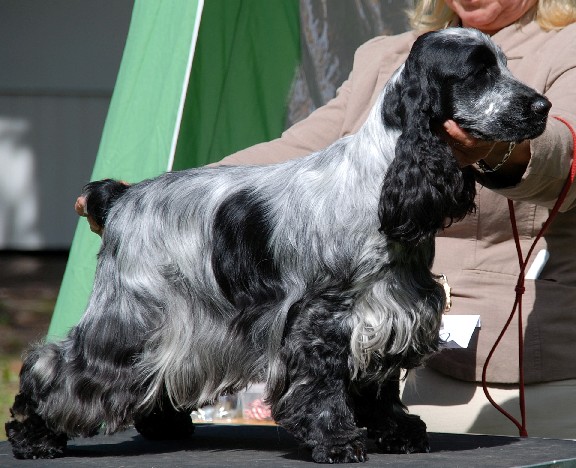 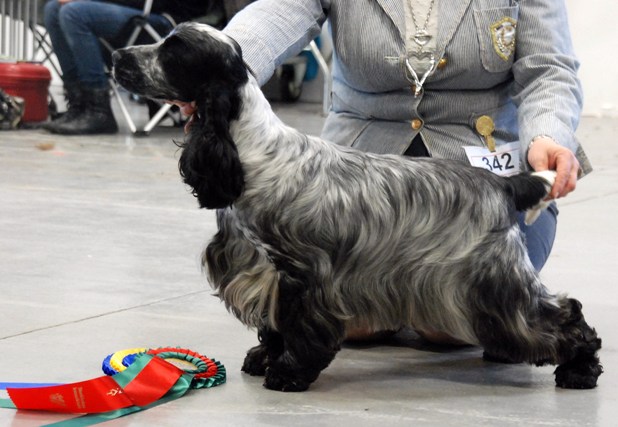 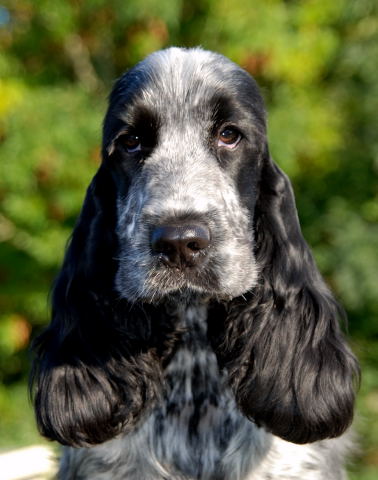 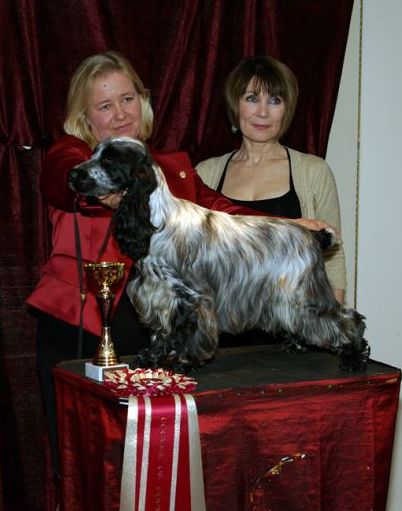 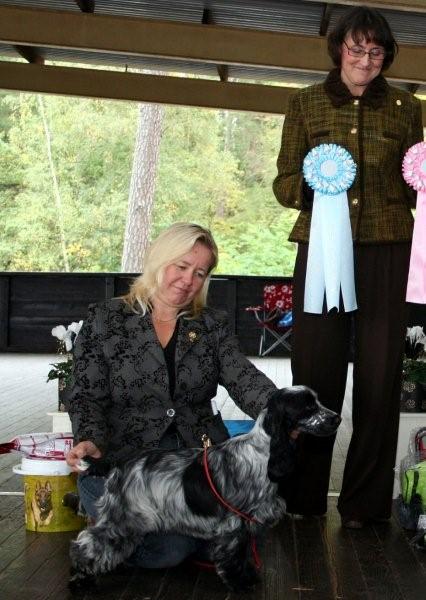 Finally we have our own little Otto daughter at home. After some thought between the 4 bitches in the litter we decided that is was Maggie that ended up staying with us.
Maggie has a very soft and uncomplicated temperament and together with her best friend Ingrid she's exploring the world.

Maggie made her debut at the clubshow-08 where she had stagefright the first day and yet got placed as reserve. Her litter sister Tintin - Manaca's Pleased as Punsch saved the day by getting BIS puppy! On the second day Maggies stagefright was gone and she showed very nicely, posing like a statue when stacked, and won the class, she was also Best Puppy Bitch!   photo>>>>

Maggie won her class both days at the Bundessieger show in Dortmund which gave her 3 VDH CAC's!

Maggie got her championtitle in recordtime in Sweden, in only 2 months time!  All CAC's are taken from openclass at 3 shows of 4! At one of them she was also BOB! First time out as a champion she was best bitch at Uppsala Cockerspecialty!