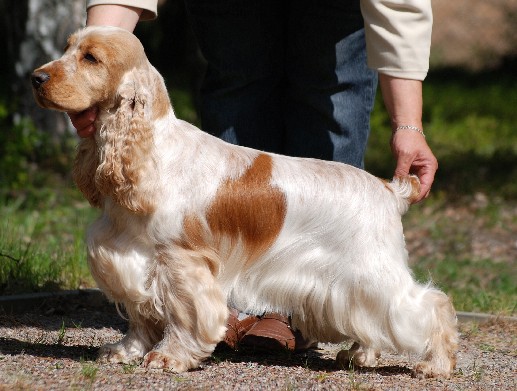 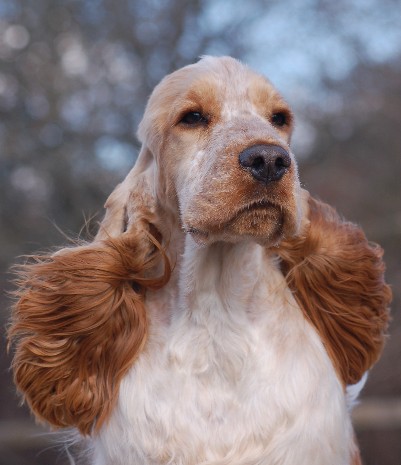 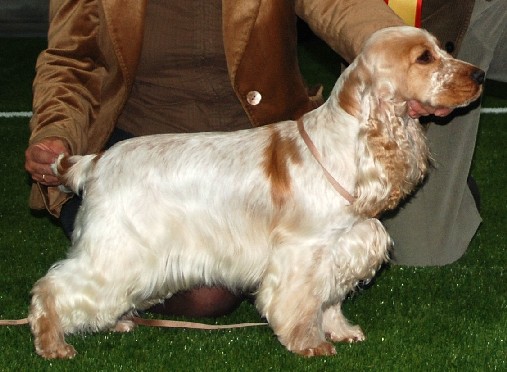 Here she is  2 years old and has become BOB and gained her Norwegian championtitle!

I decided, the moment I held little Josofin in my hands, that she was going to stay with us. And I have never at one moment, changed my mind. She is incrediably mild and easy and she's not afraid of anything (or just maybe bees now a days.. see photo below).

She made her showdebut at only 4 months and 1 day by becoming Best Puppy In Show!! She had never walked in a leach before and yet she went around in the ring like she's never done anything else... wagging her tail every second. What might become of this little girl...
Her second time out resulted in BPIS-3 and the last time in puppyclass she was BPIS again!!

She is one of the first cockers from Scandinavia to be shown at Cruft's, where you need a qualification to enter. Both she and her brother got a card, Josofin at 3:rd and her brother Colin at second place in yearlingclass!!där det krävs kvalificering för att få deltaga.
Her words from judge Mr John Gillespie: 3: Forsanders Manaca's Bag of Beans; Sparkling type of orange roan, she really deserved her place. Sound happy mover, very nice type. 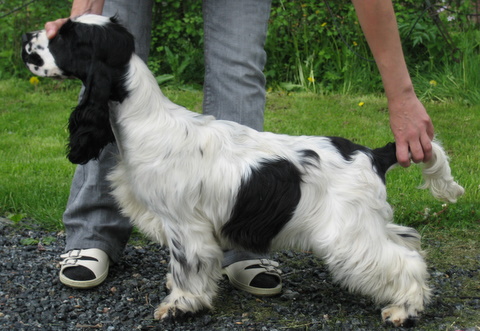 She got 7 Swedish CAC's and gained her championtitle only a few days after her second birthday! Only 3 months after she also gained the Norwegian champiotitle. She also finished her trackingchampion title without any affort, she is truly a natural in tracking, just like her mother!
She has had her first litter of pups by our Magnus - Manaca's Cutting Corners. Here we present one of the pups - "Sven"- Manaca's Needs No Introduction >>> who is co-owned by the kennels Allways & Caperhill in Finland

She was BOS and got the CAC at her first visit in Estonia, wich made her Estonian show champion!!