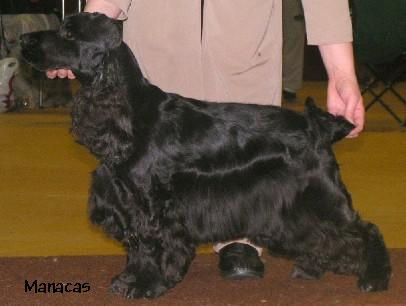 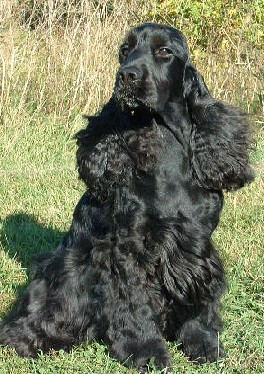 "Fia-Lotta" is a true copy of her father! always as happy and forwardgoing, not afraid of anything in this world. She´s also talking just like her father. Fia is owned by Marie Holmlund, after she's had 2 litters at Manaca´s. From one litter, the red bitch Manaca´s Peaches for Nothing stayed on and we also have a small part in the black & tan male Manaca´s Pathfinder. Read more about the second litter here...
At Maries she had a litter by our Ch Quettadene Lancelot, where the 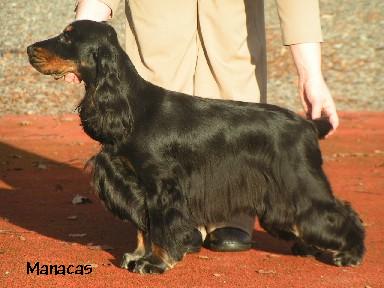 Fia has had a great showcarreer with several BOB & BIS placings from the puppyclass. From the juniorclass she continues to show her "frontfeet", gaining a lot of CK´s and best bitch placements.
She ended the year 2001 by becoming number 5:th best "junior of the year" (only from 5 shows).
She has been shown a few times in open class, from where she's collected 2 CAC's .