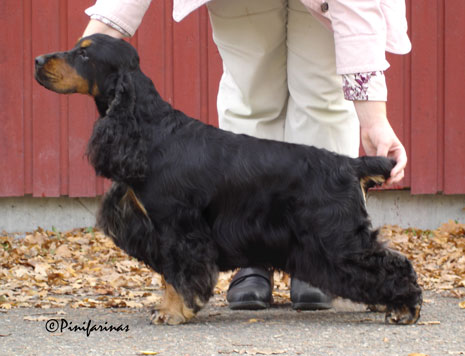 
"Wayne" moved as an 8 week puppy to Maria & Fredrik Aslund where he lives with his other cocker friends.

You can see more of him at kennel Pinifarinas website. Wayne has had an fantastic show carreer so far.As a puppy he has several BPOB & BPIS. The most memorable is when he wen´t straight to the top at Ange international show and became BPIS! (see photo).
In juniorclass he kept his winning ways...  he got 4 CC´s, 2 BOS´s and was highly placed at the top 20 list of top winning cockers in Sweden in 2003!!!
In 2004, in youngsterclass, he got one CC in Sweden and one in Norway. His first time out in open class he got his last CC wich made him a Swedish showchampion!!

Wayne's got B-hips & eyes clear, and is optigen A, normal/clear! 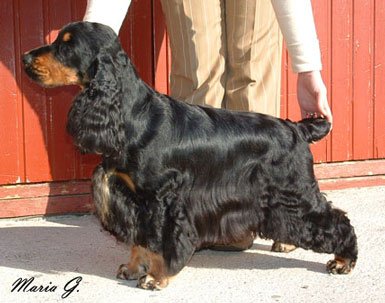 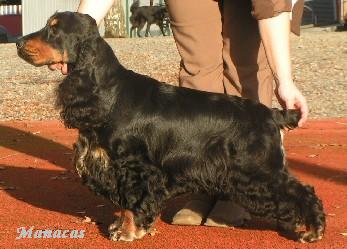