Cecilia has puppies again by our French boy Leon! and on july 15-20 we had 9 puppies! We have 5 black boys, 1 black bitch and 3 black & tan bitches. Mummy Ceilia is taking perfect care of them, just as last time. They had a litter together one year ago, and they turned out so well that I wanted to do the combination one more time.

Cecilia has had a few shows in puppyclass and made her debut by going BOB & BIS-4 Ulriksdal gundogshow! a few more times in puppy, and then once in Juj´nior with an exc, then she dropped her coat. Then I decided to take a litter from her, and then plans to get her out in 2020, but we all know what happened then, so we decided to go for the tracking champion title instead, and no problems, the title was gained :)
Leon has had a very successful showcarreer after he came to us from France. See more about him at his own page but I just want to mention his titles - JWW-18 SEU(u)CH DKU(u)CH SEVCH besides lots of wins from puppyclass.

Puppies has got food related names, just like the previous litter :) 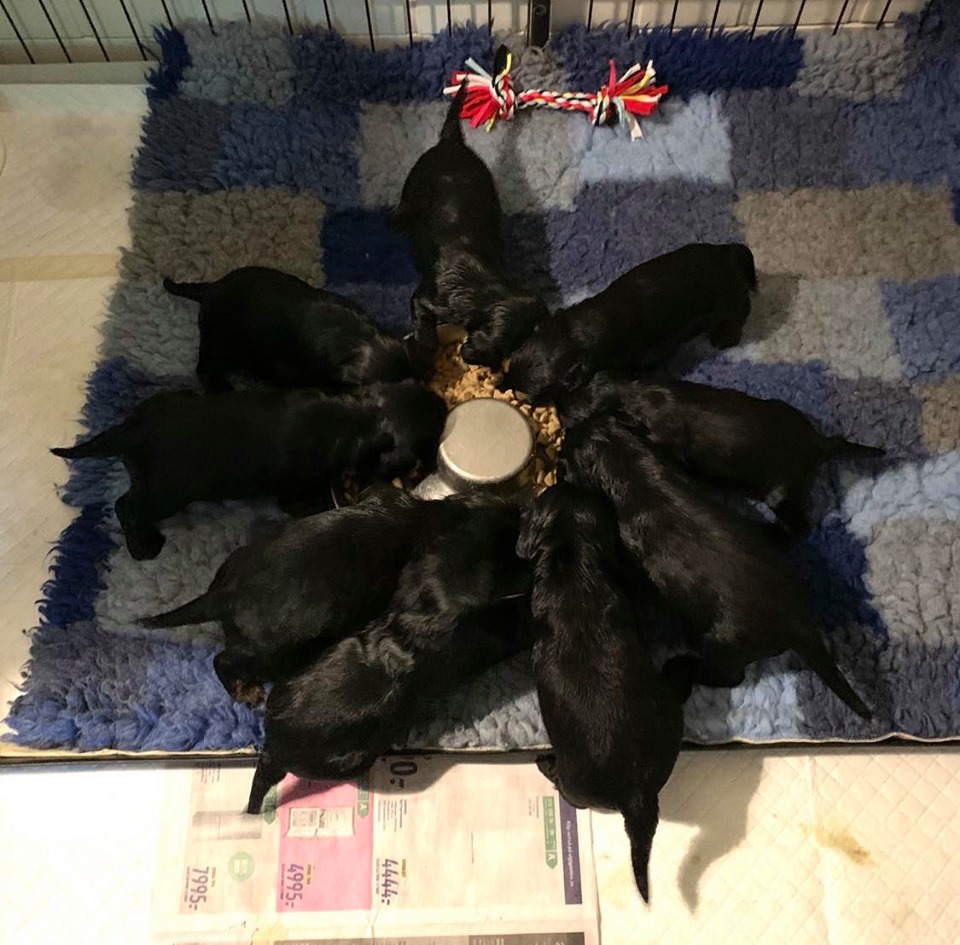 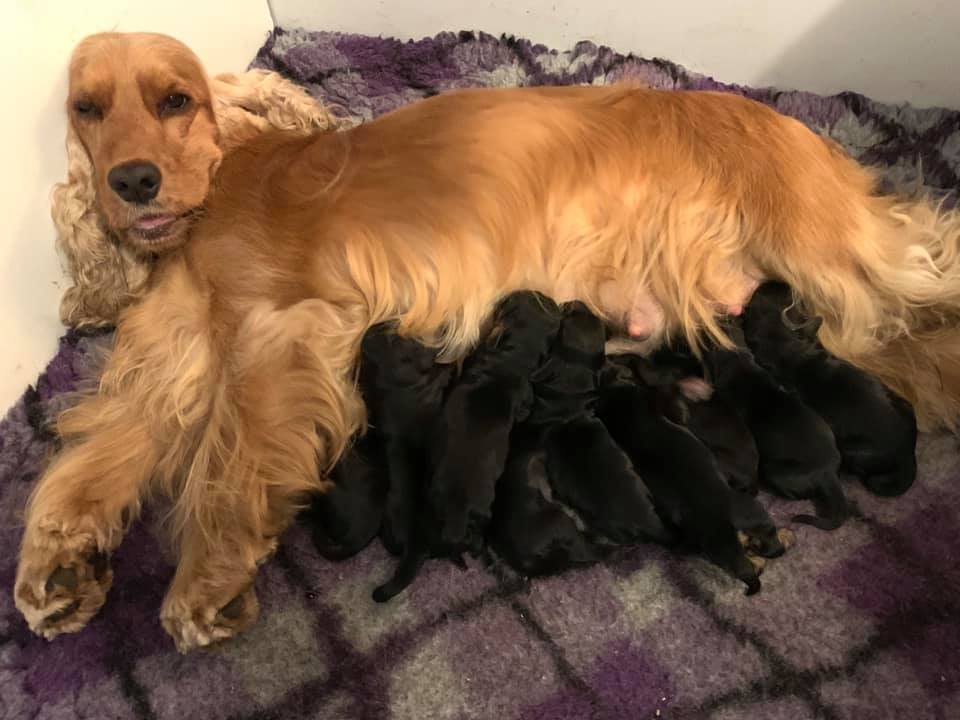 Cecilia with her pups 2 days old. 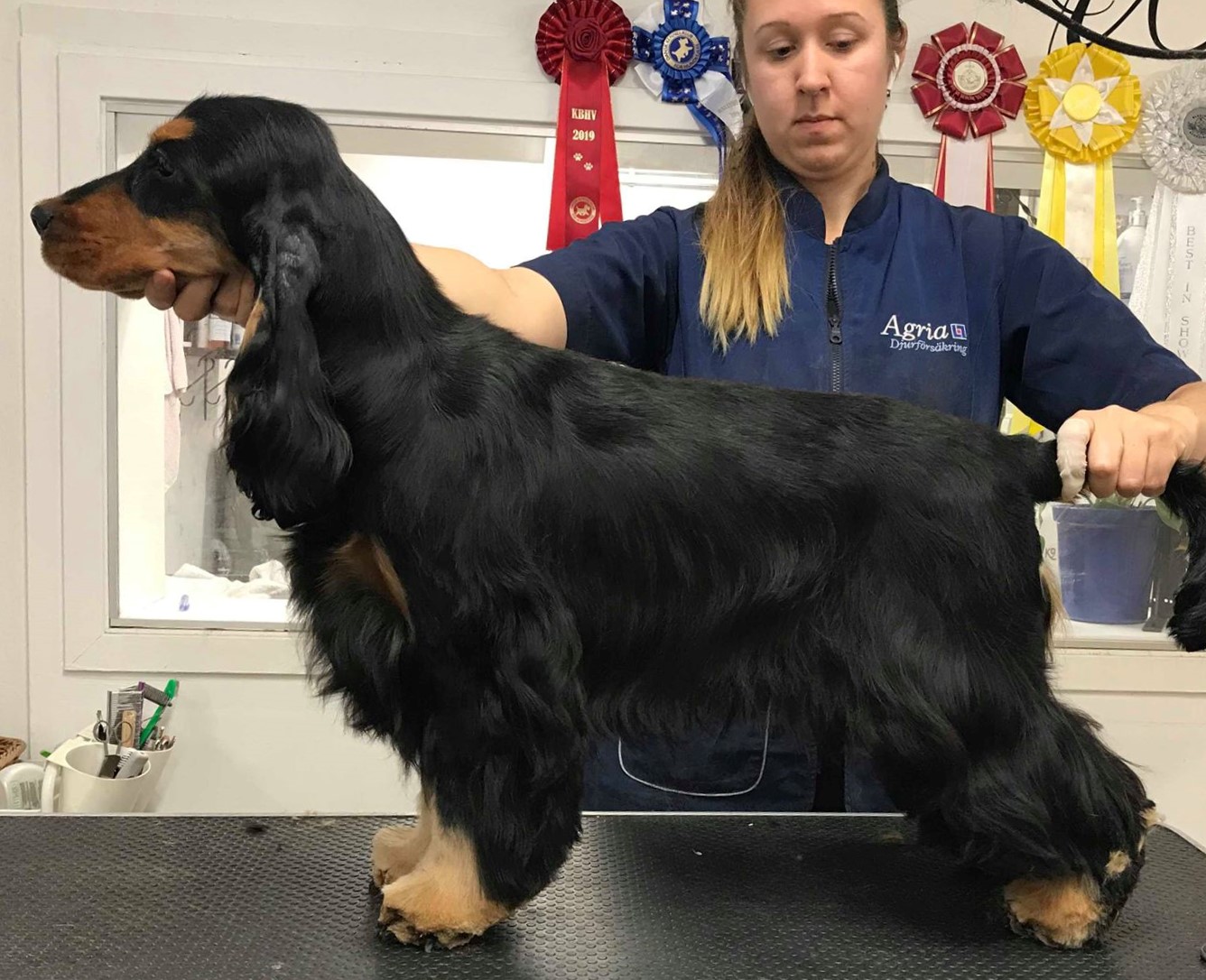 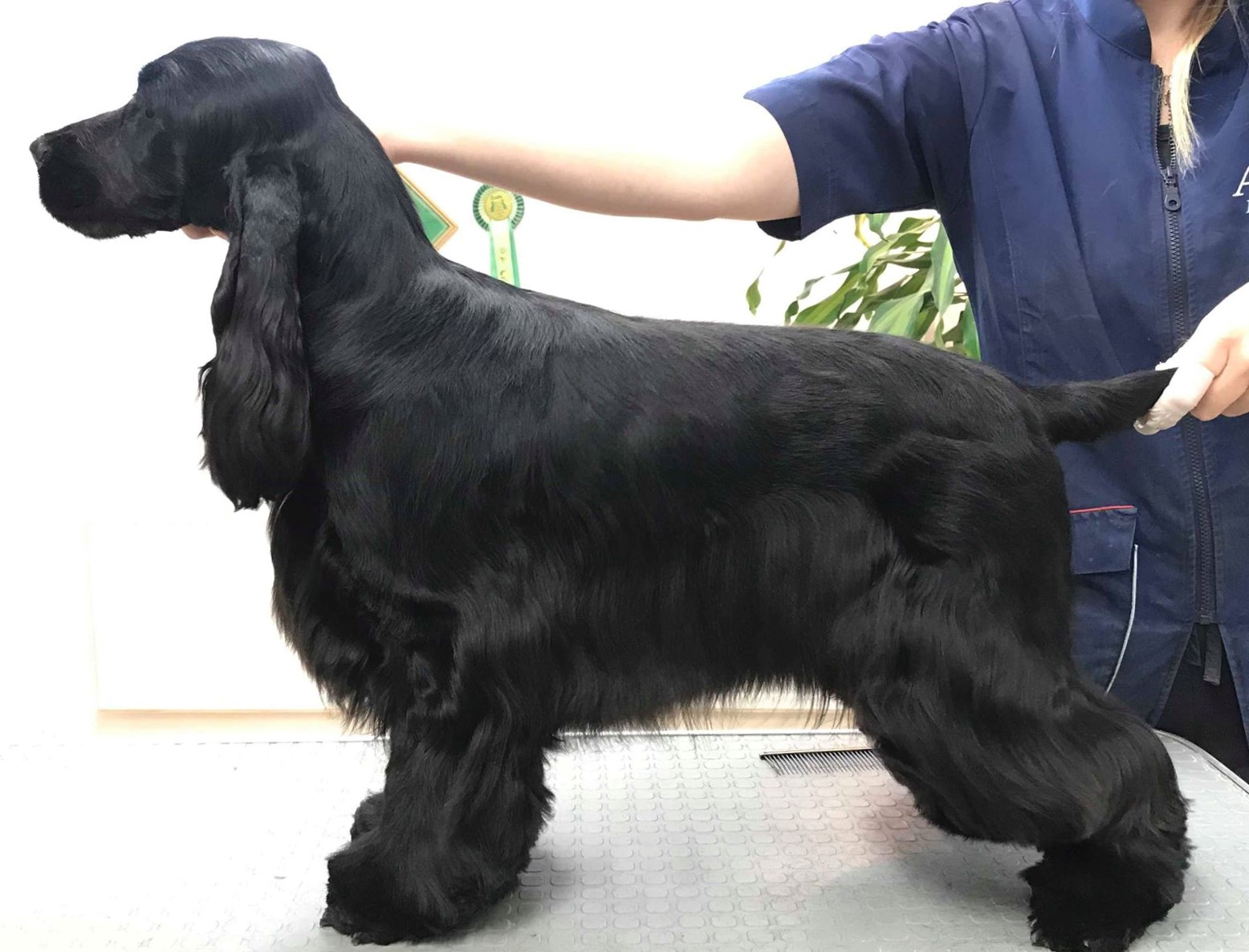 Here are 2 daughters from the previous litter, at 9 months old.