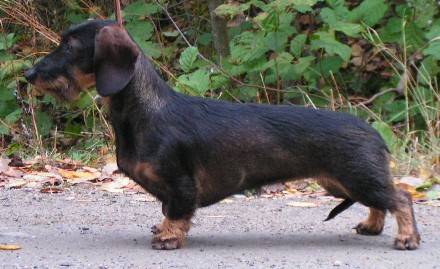 "Barbro"  entered the world of happy Cocker spaniels with great enthusiasm. The Cockers never knew what happened, suddenly there was just a little rascal running around their feet, and she´s fast!  It will be very exciting watching her grow up, and to have a peek into a new world, the Dachshund world.
We would like to send a huge thanks to Barbro´s breeders Markku Moilanen & Clas von Zeipel for letting us have her.

Barbro made her show debut by winning BPIS-2!! She was really enjoying her time in the ring and showed off like never before...!!!
At her first time out in huntingclass, she got her first CC and was second best bitch!
The second CC she got on her second time out, at Stockholm Int. where she also was 4:th best bitch!!
The last CC came 1 year after the first, now she's a showchampion as well as a tracking champion!!

Barbro had puppies by a french gentleman by the name of  Ch Ulderik De Lóree Des Heuresclaires. He is also an miniature and has a wonderful coat wich we hope he will descend to his puppies. See the litter at 8 weeks here.

Presenting to you one of Barbros promising young boys... Manaca's Kingfisher! 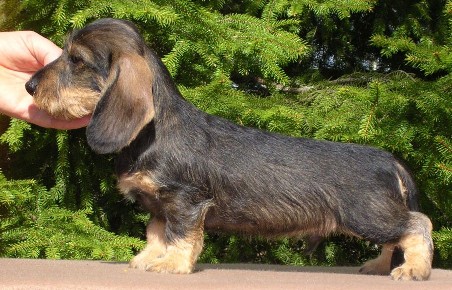 Barbro is also competing in bloodtracking. At her first time out she  passed with toppoints and honoraryprice!! She then got her points for the championtitle real fast and gained her title in grand style!!. She really loves it in the woods.... 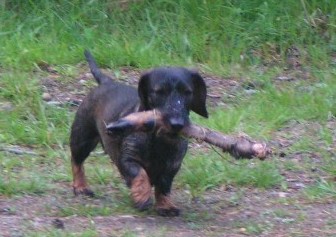 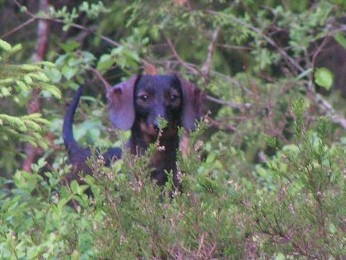