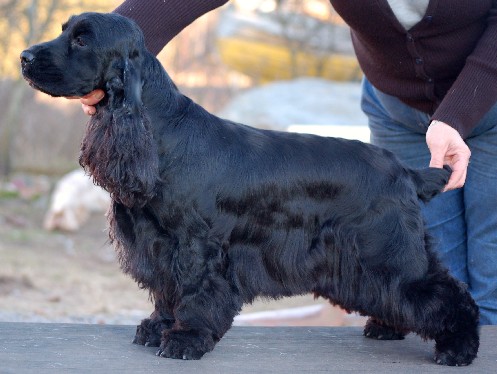 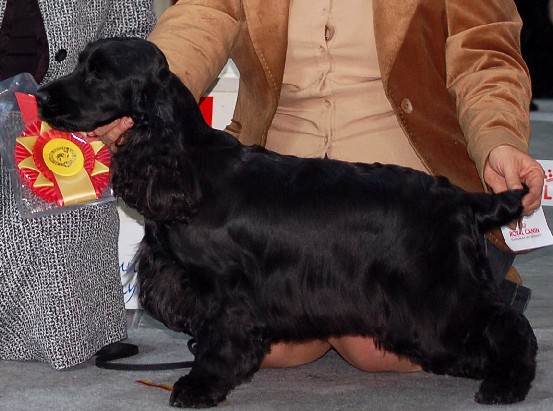 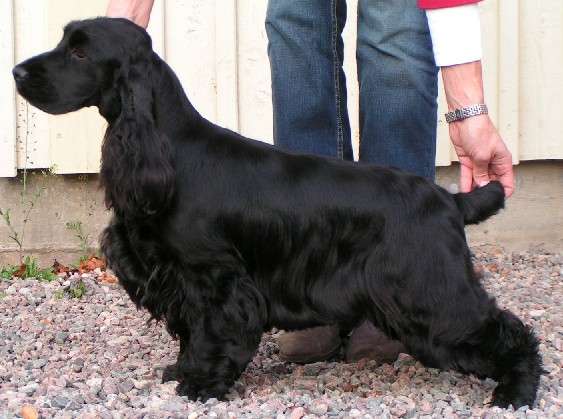 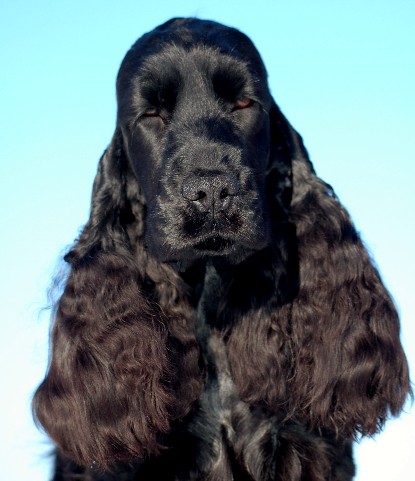 "Sonja" is an exact copy of her aunt Greta (Ch M. Main Attraction), both in looks and maners, very forward and outgoing. She follows me all the time to look what I'm doing. 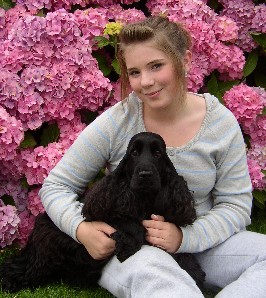 She only attended one show in puppyclass, due to her heavy puppycoat. At her first time out in youngsterclass she got a CC and was second best bitch (after Greta...) and at her 3:rd time out she was BOS with the CC (beaten by her grandfather Walter)! She got 4 CACs from youngster class, and finished her title in open class only 6 days after her second birthday with CAC and became swedish showchampion!!
After that she was home for maternal duties and 4 months after their birth she came out at Nordic winner show in Norway and became BOB! This made her NORDIC WINNER-06 and Norwegian champion!

Sonja has been in England for 6 months in 2008, staying with Sandy Platt at the Charbonnel kennels, where she had a litter of 10 puppies! From that litter we brought home one of her sons - Charbonnel Manacas Design. She was also shown at some shows over there, where she did really well and made us proud by getting highly placed in openclass every time out!  At her second time out she got her studbooknumber wich qualified her to Cruft's for life!
Here she is posing with Sandy's daughter Hannah >>>
Sandy kept 2 of Sonjas offspring, Desi & little Sonja. Desi became a GBSHCH before the age of 2 and littleSonja has CC's and reserve CC's and this made Sonja TOP BROOD BITCH 2009 in the Dog world/Yumega competition!!!

Sonja is also a super tracking dog. After only 1 time in the woods she passed her abilitytest and shortly after she took 3 first prices in open class, wich made her swedish tracking champion!

At her first visit in Estonia she was BOS (to her son Folke!), and got the CAC wich made her Estonian champion!

Sonja's got A-hips and is hereditary optigen normal/clear (A), and also hereditary FN normal.