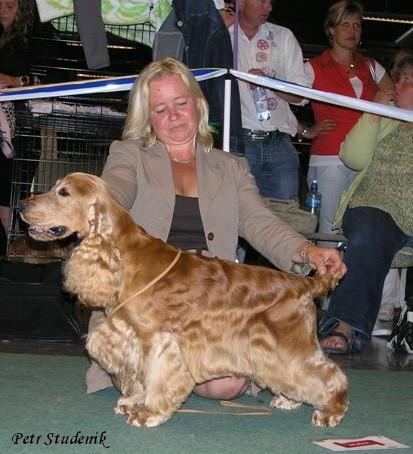 "Walter" is a true gentleman ! He´s always waiting last in cue when it comes to getting treats, or getting he´s paws wiped before he can come inside. But when it comes to food he just has to be first ! He loves to run around and carry rags and stuff, and if you tell him he´s handsome, he puts he´s head up high and sounds like a "rottweiler". 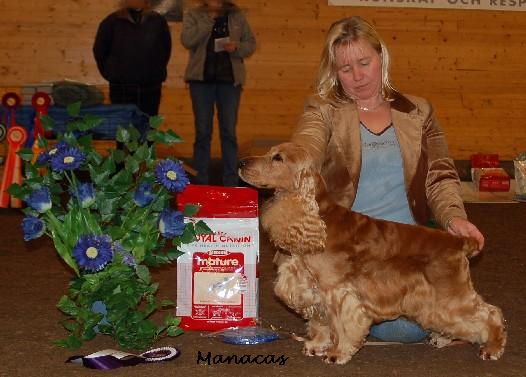 r who was shown frequently then, until year 2000 when he started to show and quickly got his 3 CC´s and a high place on the "top 20-list". In 2001 he´s been honored with several BOG, BOB & BOS´s and gained his championtitle the first day it was possible !
Walter is now out in the rings again, now as a veteran, after a long time at home. He has again several BOBs, BISs and group placements at both open and international shows and has once again secured his place at the "top-20 list".
In 2005 he was also Norwegian champion and Norwegian Winner-05 by becoming BOB and BOG-4 at the Norwegian winner show in Hamar. As top of the cream he also was awarded Top winning veteran-2005!
In 2006 he kept winning and also gained the VEUW-06 title by becoming  BOB veteran at Europanwinner, where he was qualified to Cruft's!

Walter´s hips and eyes are ok. optigene A (normal/clear)
He sires red, black and black & tans.

See all his litters here, both born and expected....
And here I'm presenting some excellent offspring

See some of his successful offspring....