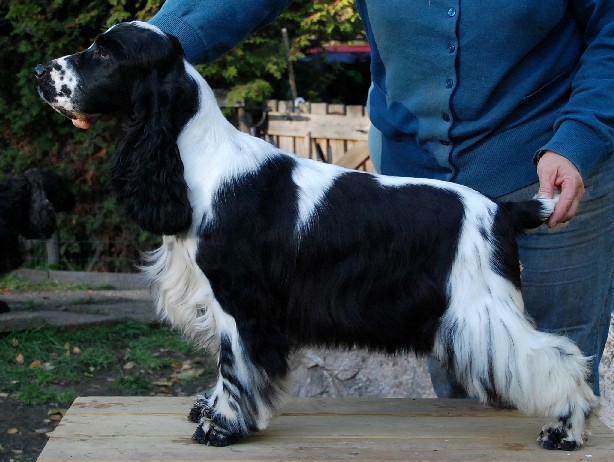 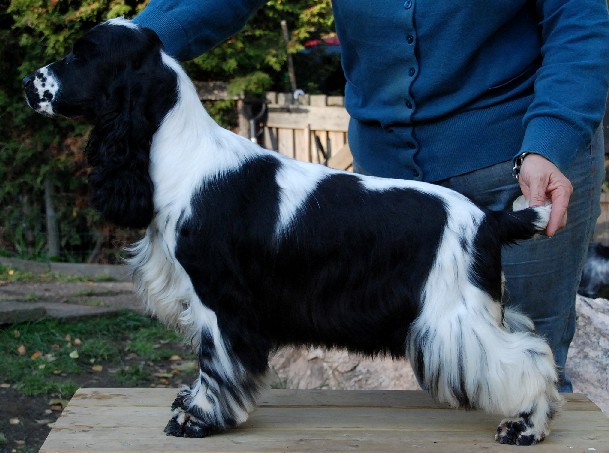 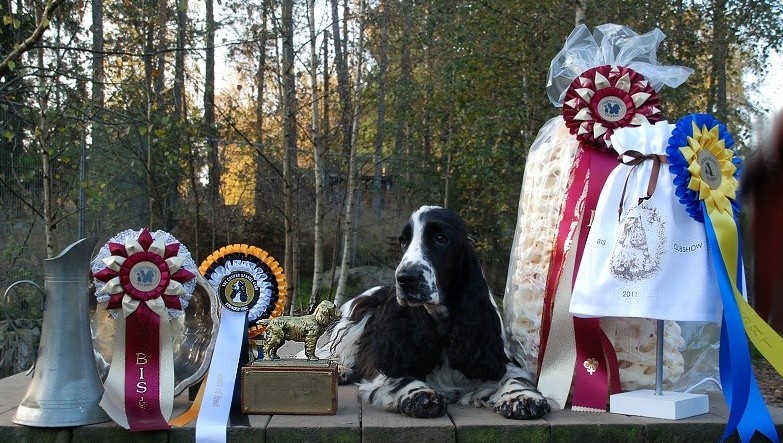 And here posing with her trophys from the Clubshow win.

There was no doubt in my mind that Vicky was a keeper as soon as I saw her heartshaped patches on both sides of her body, how can one resist something like that!? As a bonus she looked really promising in construction aswell, which made the choice to keep her real easy!
Vicky has been shown only once in puppyclass were she was second in her class with an honorary price. Then I took her out for some practice a few weeks before the clubshow to an openshow were she was second in her class. Well, the practice seemed to work out as she won everything at the Clubshow: winner of a huge juniorclass of 24, best bitch with CAC, BIS junior, BOB & BIS!!! all at 9 months old! 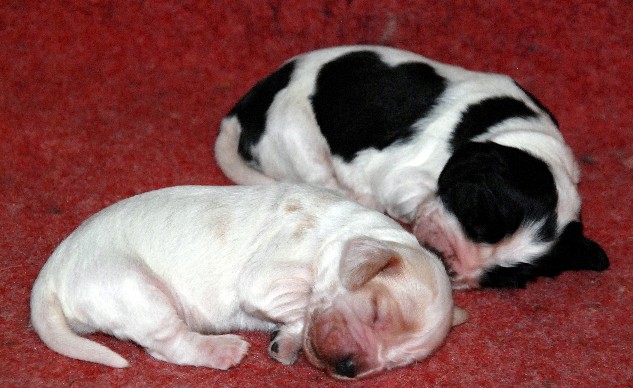 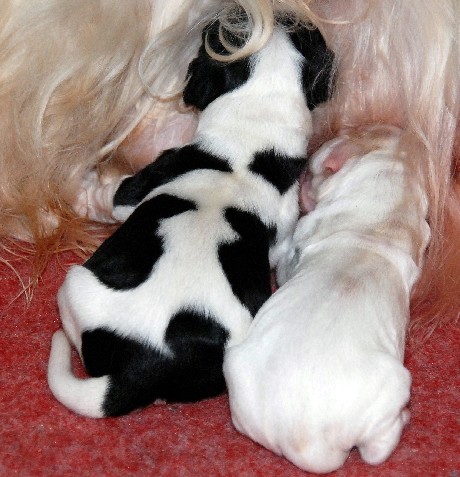 Here Vicky is with her sister who later moved to Singapore. You can clearly still see the heartshaped patches on Vickys both sides.