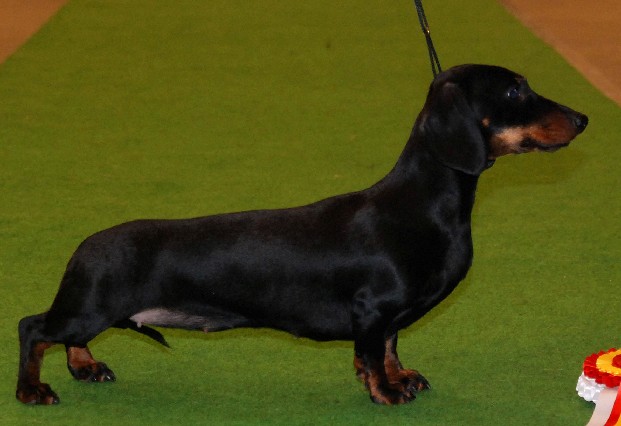 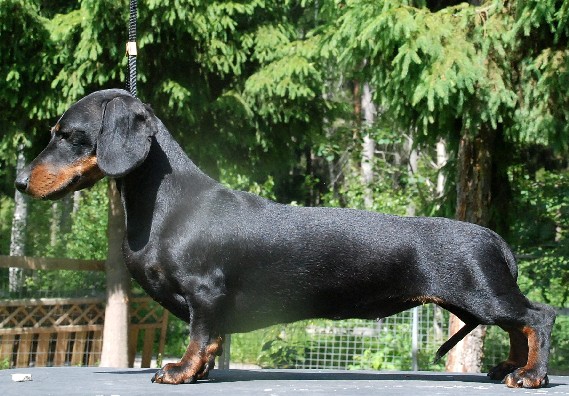 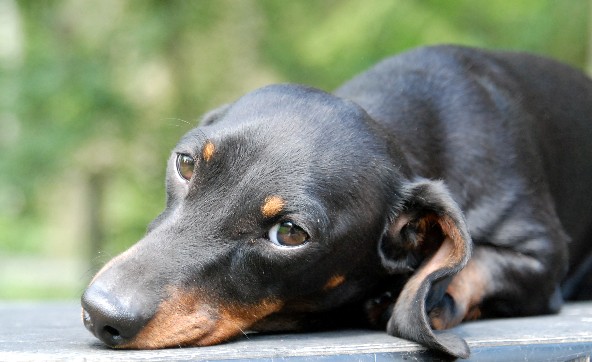 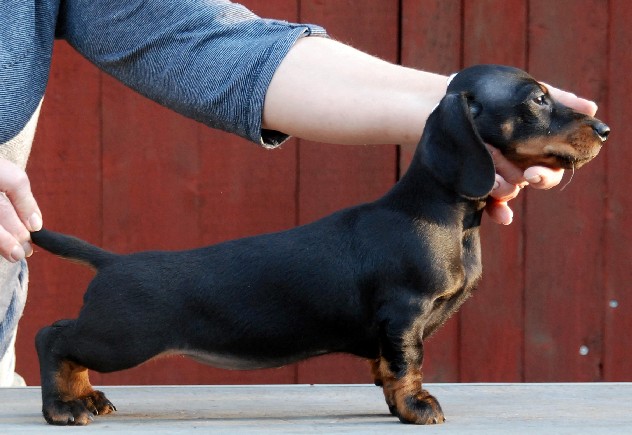 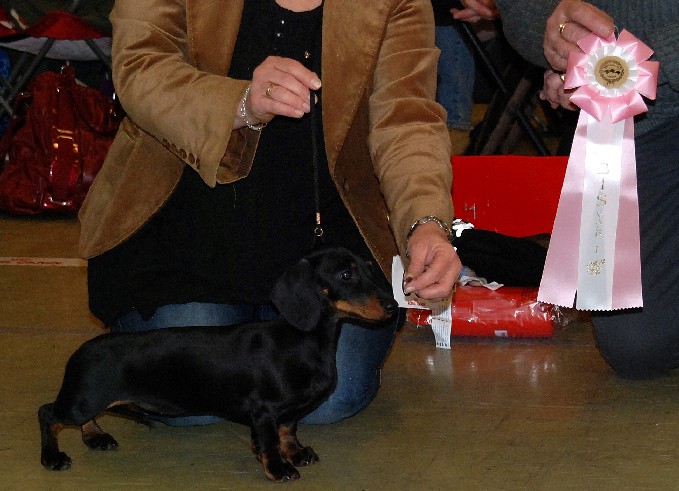 Svea was the one who stayed on from Irmas 2:nd litter. Svea has allways been very uncomplicated and actually a bit charingly grown up even as a baby. When she's grown up she has developed some diva maners and only wants everyone to see her and only her :-)
She started her showcarreer by going BEST IN SHOW! >>>
She started her official showcarreer as a junior going BOB and even beating her halfbrother Sture - Ch Manaca's Noble Anthony, not bad! Now she has passed the abilitytest in tracking and can compete for the CAC which she already has one of. 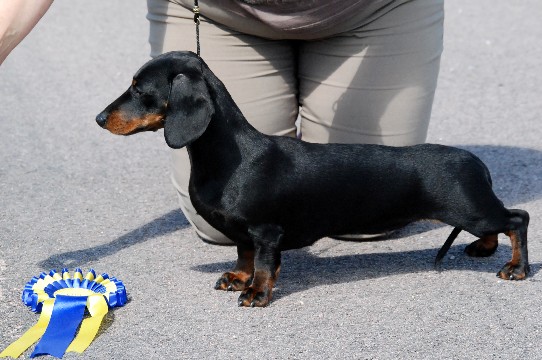 After a break from shows she is now back and so far unbeaten in the breed! She now has numerous BOB, CAC and CACIB's!