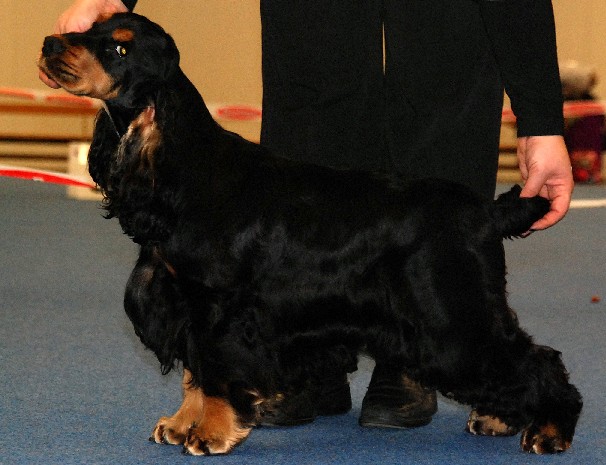 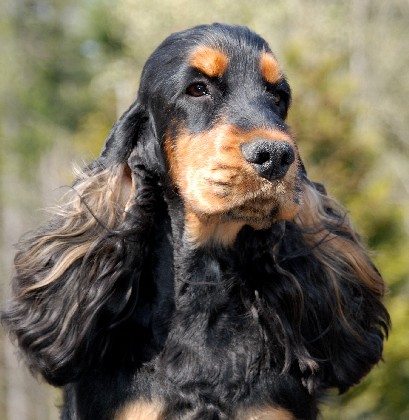 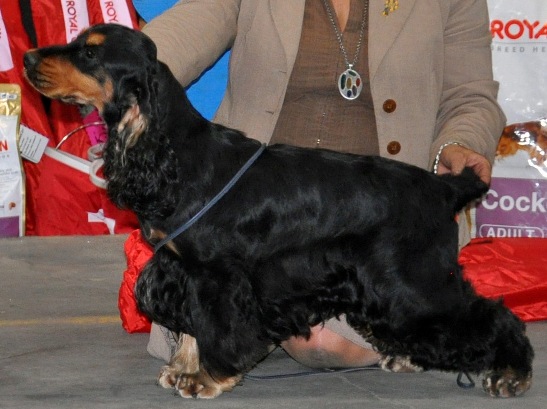 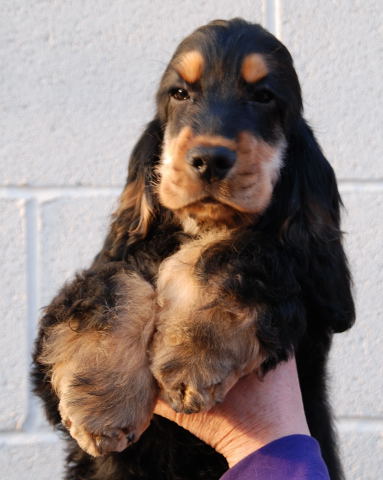 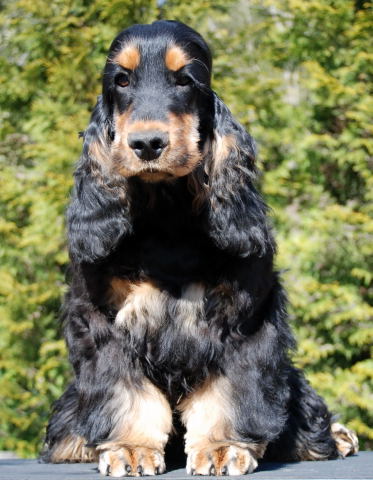 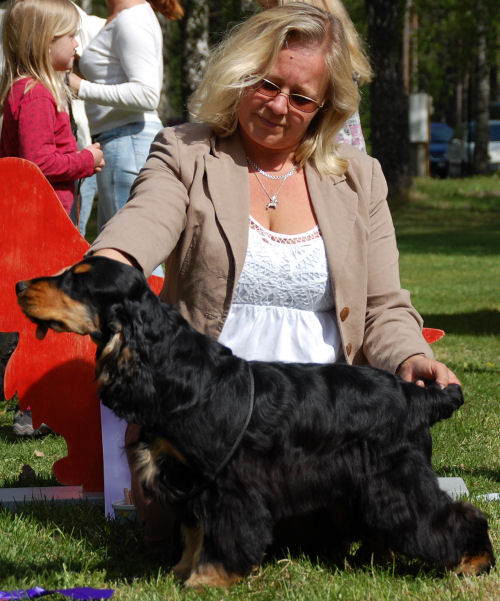 Let us present Patric, or Paddy, our new boy from England! With a name like that we wish he can give us some of that "Luck of the Irish!"
I had first from photos told Sandy, his breeder, that I was interested of him, and when I went over to see him live I had no doubts at all, he just had to come home to us! He is a very forward and happy boy, and has that style to move that I just love...
Patric is a son of one of my favourite Cockers - Ch Charbonnel Warlord and is the first son of his to enter Swedish ground! We are very proud to have been entrusted this promising boy, thanks for that Sandy ;-)
After 5 seconds of shyness when he first met all the dogs at home, he just got up with a wagging tail and walked around to to give everyone a kiss! :-)

Paddy started his showcarreer by getting BIS puppy! In juniorclass he has, after a confused start, almost always won the class with CK and has been placed in best male several times. He got his first CAC in grand style at the Cockerclub club show 2009 were he was also best dog!
Several CAC's has followed from youthclass and also 4 x BOS!
He was also best dog with CAC & CACIB at Stockholm International and qualified for Cruft's!

Paddy got his last CAC first time out in openclass, which gave him the Swedish showchampion title!

He got CAC & reserve CACIB on his first visit to Finland!