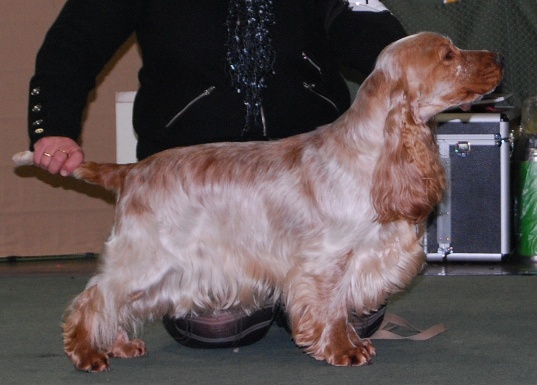 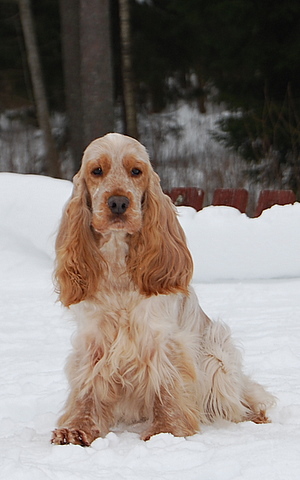 "Malena" is is a true lady. She loves to carry soft toys, very carefully so that nothing brakes, just full of joy and happiness. She's out of  Hedvigs last litter and we just had to keep another bitch by her. She grew up together with her litter brother Magnus, exploring the gardens and surroundings.
Her first time out in puppyclass she was placed second of 16 bitches. We still have some lead training to do...

In juniorclass and after a period of shyness and some time of trying to figure out and understanding what to do in the showring she slowly settled down, wich has resulted in a CAC and 2:nd best bitch place at an international show with 86 cockers entered!

Malena gained her trackingchampion title during 2006, only 1½ year old.

Now Malena lives with Sari & Martina Karlsson at kennel Sugarsticks together with Cindy, Manaca's Rhyme and Reason, with who'm she will come out to some more shows. And from only 3 times out they already got 1 CAC and 2 best bitch placeings! Way to go girls! >>>
In May 2009 she got her last CAC for the Swedish championtitle!

Malena was best bitch at the Norwegian winnershow at Lillestrom with CAC and CACIB, and thereby gained her Norwegian championtitle and also got the title "Norwegian winner 2009"!!