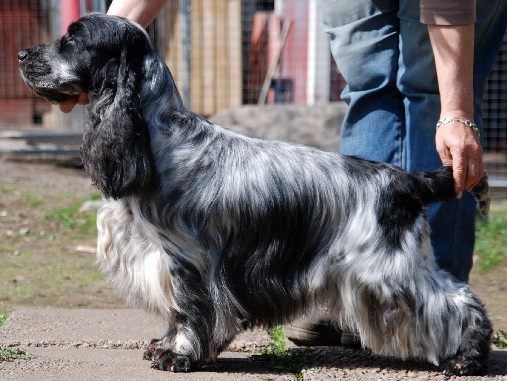 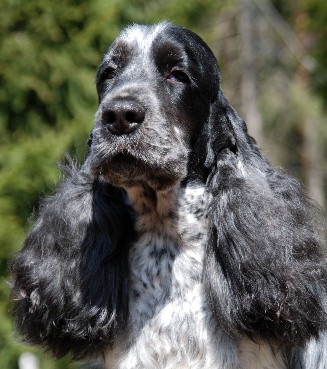 Magnus in May 2010. Home for a while before his return to the UK. 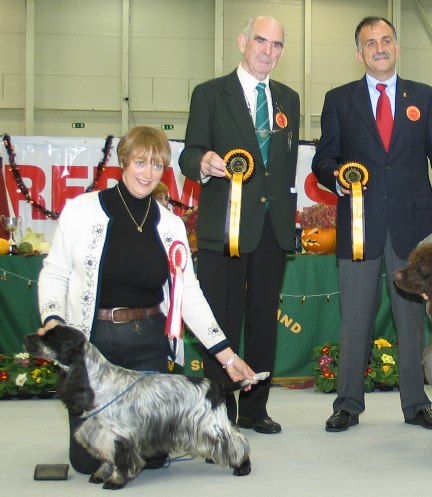 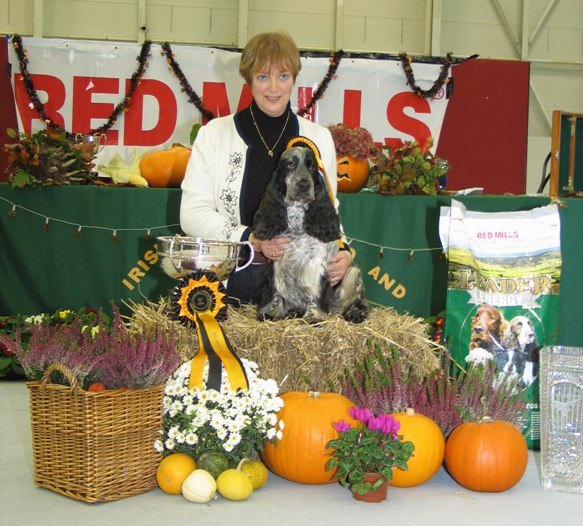 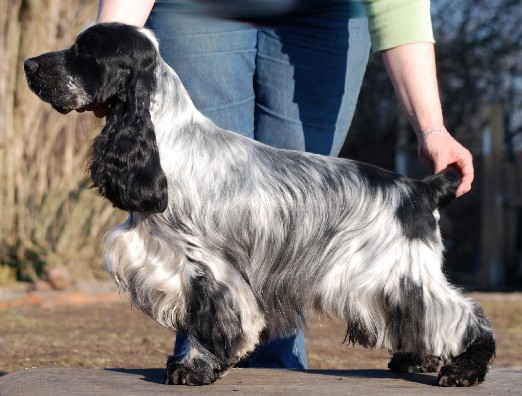 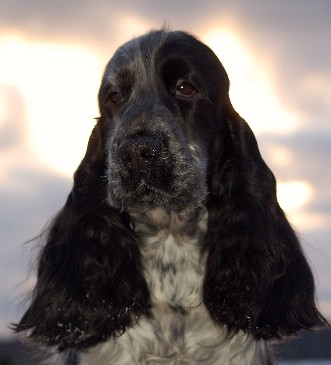 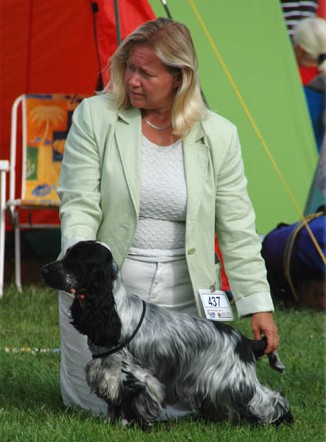 "Magnus" was one of those pups that I just could'nt take my eyes from, so he just had to stay with us at the kennel. He is the sweetest and most adorable little guy, and so well built in every way! He is my consistant companion and follows me every where I go, and he likes to "help" me out with the work. He's biggest idol was our Walter and he was so proud when he just sat beside him out in the garden.
Magnus was BOS puppy at his second time out in puppy class. He loves the time in the showring where he gets all of my attention ... he's such a mummys boy!!
Second time out in in the rings, in juniorclass he was BOS amongst 126 entered cockers!!
His last 2 CAC's for the showchampiontitle he gained from openclass. The last was crowned with a BOB at Norrkopings national-2008!

We are also working for the treacking title for Magnus, he only needs one more first prize to complete.

Magnus has been in England, residing at Wilmerella kennels with Sandra & Roger Williams for a period of time. He has been at some shows and has consistently been placed in open class. In Ireland he has been very successful and has up to date 2 x BOB, 2 x BOS, BOG, Best In Show, 4 green stars and 2 reserve green stars!!
He will return there as soon as he has fulfilled what we have planed for him at home.