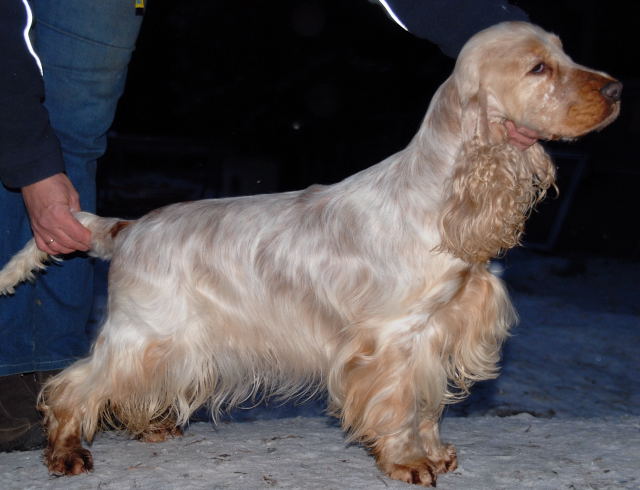 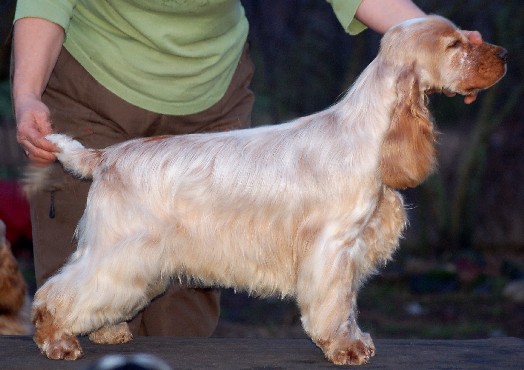 "Kerstin" has just the character as er mother Greta, just as cool and laydback. She was the one picked out to stay with us after her father visiting us during the spring -06. She's an exact copy of her aunt Signe (M. In Your Dream), in every stage growing up.

She's been shown a few times in juniorclass with HP, but since she dropped all her coat after her first season she got to stay home with her first litter insted, wich she had in December 2007, see the litter here. After since her body has really developed and her coat is back in showcondition again.

Before she had her litter she managed to pass her abilitytest in tracking and also get one first prize. Short after she finished nursing her litter she was out in the woods again and gained 2 straight first prizes wich made her Swedish Tracking champion!!

Kerstin has B-hips and is hereditary optigen normal/clear A and FN normal, since both her parents are.