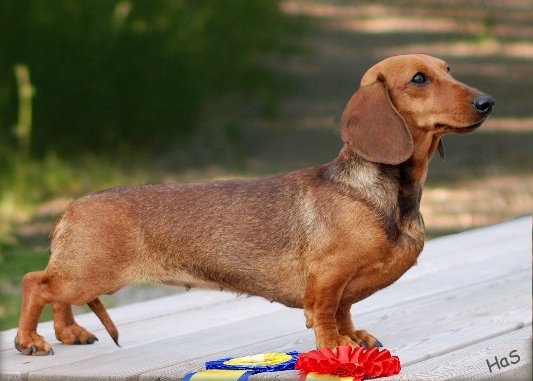 Irma came home in early February. She'a longed for red little shorthaired dachshundgirl. I tried to buy her mum, as a puppie, without success, so I had to wait for a daughter by her instead. There's a whole bunch of smashing looking dachshunds in Irmas pedigree so I relly hope she will live up to our high expectations. And if she does'nt... well, it does'nt much matter, because she the most charming creature you can ever imagine!!

She was BIS puppy at her first time out in the show ring at a Dachshund club show. Second time out she was BIS-2 at an all breed International Dog show!! Not a bad start to her showcarreer...
At Stora Stockhol Int. she got her last CAC for her title, only 5 days after her second birthday.

Now she is competing in huntingclass since she has 2 prizes from tracking. She has been BOB at all her shows attended! Once with a BIS-4, nd once BIS-2!! 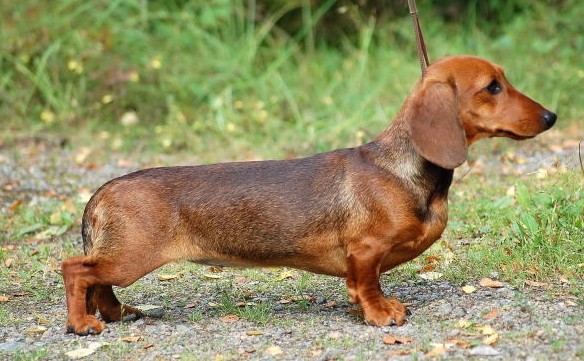 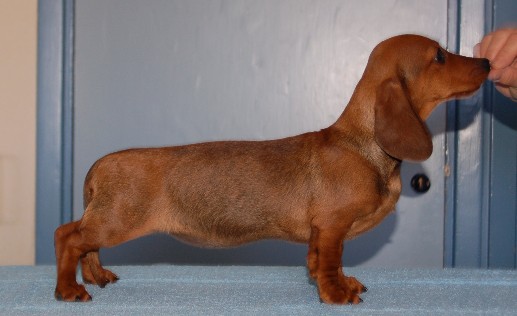 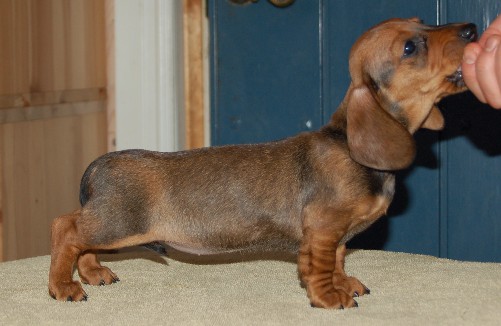 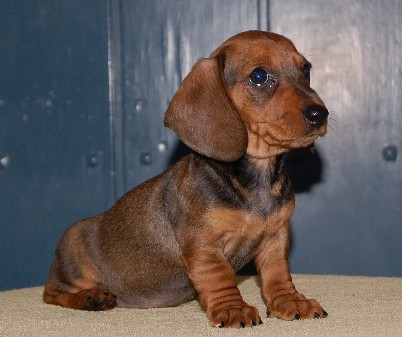 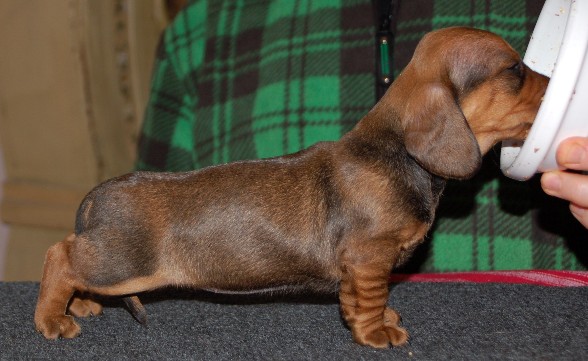 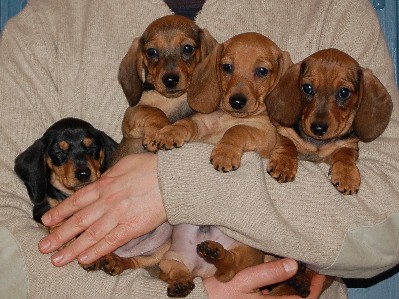 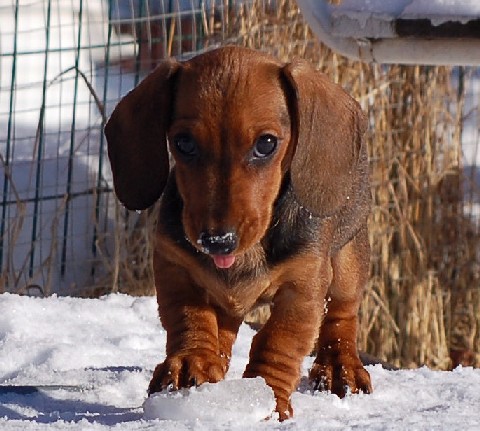 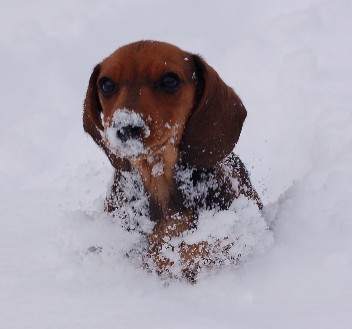 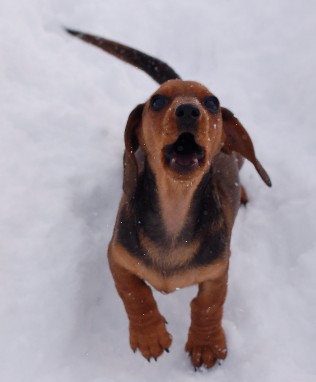