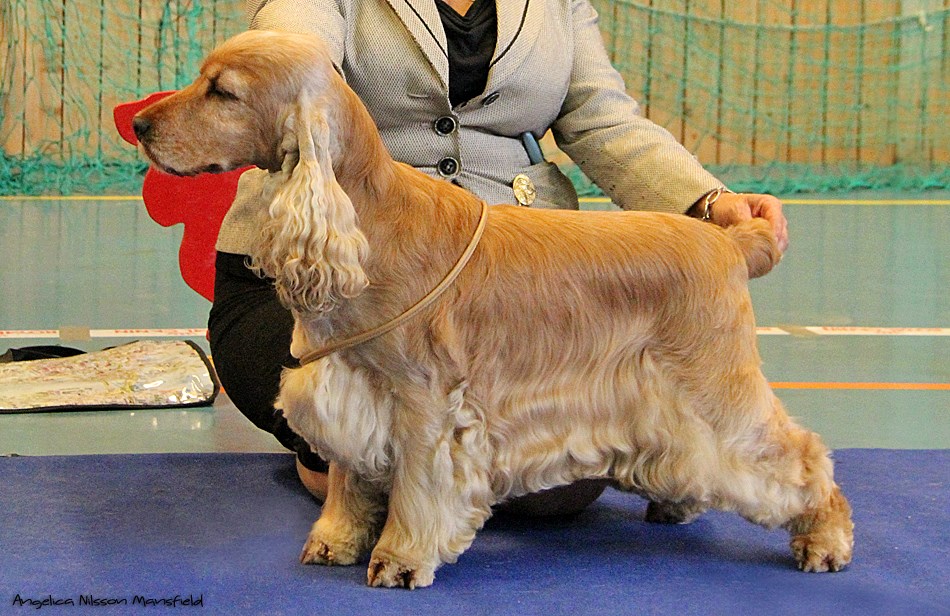 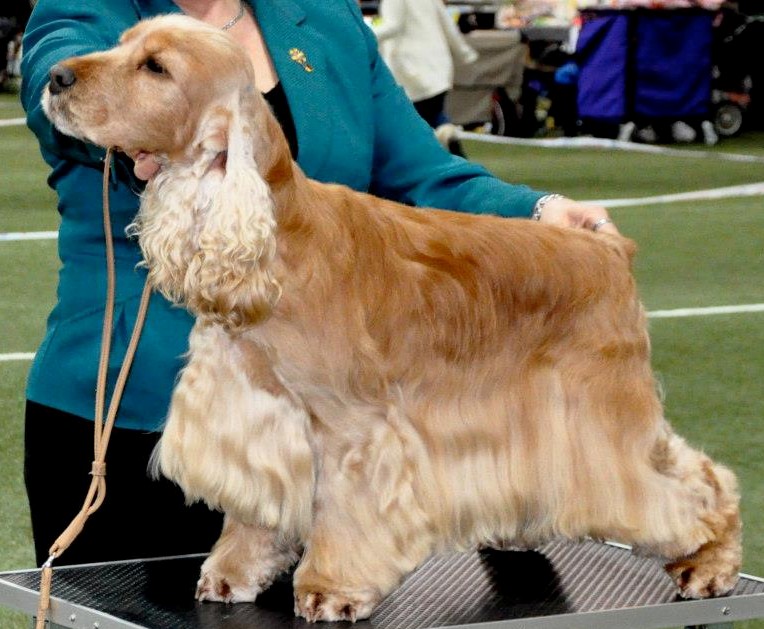 Folke 5 years old, just gone BOB with CAC and CACIB in Norway which gave him the Norwegian championtitle! 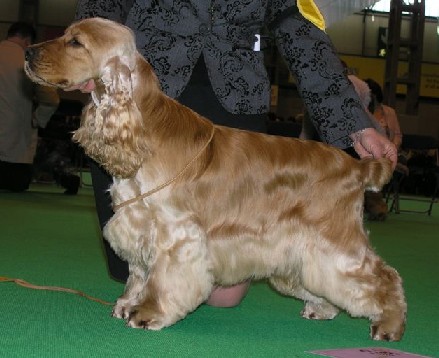 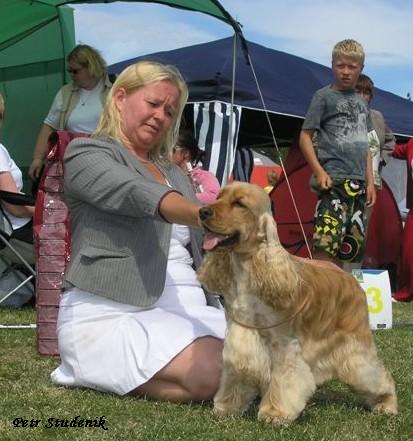 Folke 22 months old,  reserve in yearlingclass at Cruft's 2008, and in July 2008 at the Circuit show (155 Cockers entered), getting best male and gaining his championtitle !!  (photos: Petr Studenik) 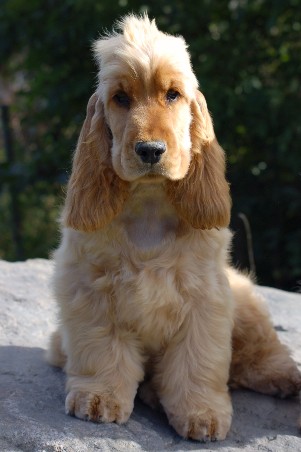 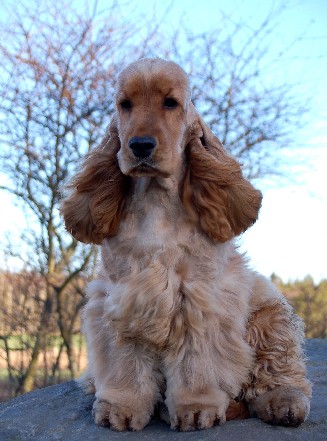 I was totally taken by "Folke" the minute he was born. As he grew up he developed such a personality that just melts your heart. So the decision was taken, Folke had to stay with us! He is very much like his mother, like rubber in his body when he cuddles and always lays on his back everywhere so you'll trip over him. His speciality when he was a pup w 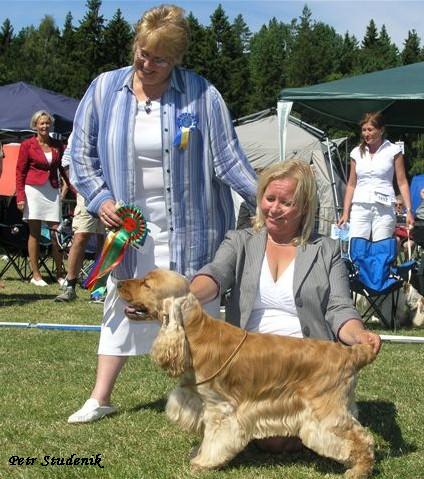 as to be dragged by the other dogs ears. He simply took hold of an ear, when they run by him and then he was dragged along for a bit!

Folke has been shown just a couple of times in puppyclass and has 1 x BOS puppy and 1 x BIS-2 puppy!!
He became Junior of the year-07 so you can understand he was successful as a junior! He has 1 CAC from juniorclass, wich was taken at Swedish winner show-07. He got several CAC's from youngsterclass and has a total of 7 CAC's. The last one was taken in tuff competion at the Circuitshow 2008 (155 Cockers entered), were he was bestmale and gained his championtitle!! Judge was Mrs Sue Young.

Folke is qualified for Cruft's 2008 by winning the juniorclass in Oslo under Mr Tamas Jakkel!!
At Cruft's he was placed 4:th under Mrs Sue Young, who judged him again at the Circuitshow-2008 and made him best dog and Swedish showchampion!! >>

Folke proved to be, just like his mother, a true natural at tracking! Without any training at all, he got all his prizes needed for the championtitle. So he is now a Swedish Tracking Champion!

He was BOB, got CAC and gained his Estonian championtitle at his first visit in the country!