Diana & Henrys puppies were born on may 6. All are boys, 2 orange roan and 3 blue roans. This is Dianas first litter but she is caring for them as she has never done anything else, she's such a good mum! Henry on the other hand, has sired a few litters and they are turning out really nice. Both Henry and Diana has very good temperaments and all health tests done.
Diana has so far only been to 2 shows. One as a puppy were she was BIS puppy and once in intermediate when she won her class and was 4:th best bitch with res. CAC!
Henry has been out some more. He was top winning junior- 2015 and gained his show champion title just after his 2:nd birthday!

Here the pups are 8 weeks old: 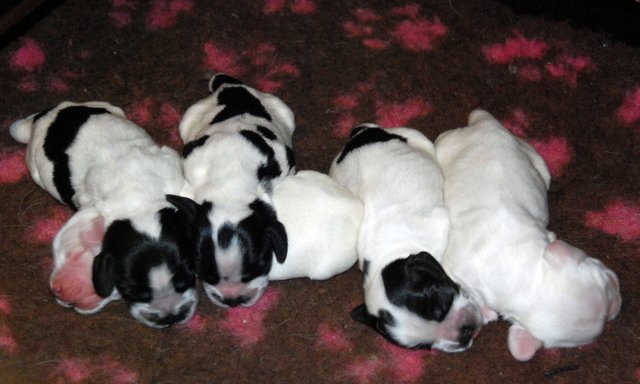 Here the gang is 2 days old