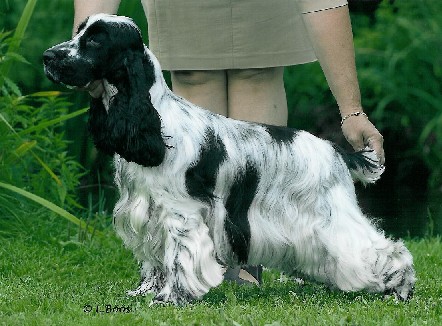 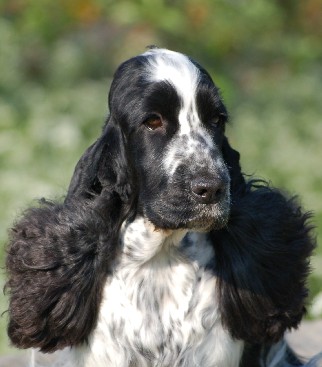 13 months old at the proto 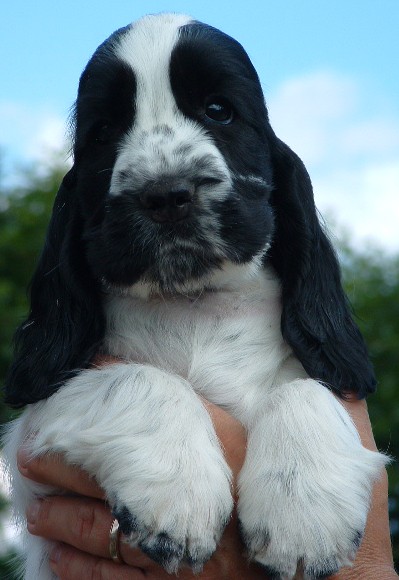 "Clara" is our first black & white, a colour I never thought I´ll have, but now I´m totally devoted to it! She is a very calm and harmonic puppy and is bestfriends with our little dachshund, learning her how to become a Cocker!
She  made her debut in the showring where she became BPIS-3!
She ended her time in puppyclass by becoming BPIS-4!
She had a successful time in juniorclass where she got her first CC. The year 2006 started with a CC in january and a second one in february, wich made her Swedish showchampion, only 2,5 years old!! see photo below at right.
At her first and only show in Norway she got CAC, CACIB and was BOS. Thereby she became Norwegian show champion.

Clara is also a trackingchampion and she's one of my dogs with an honorary price from there, wich is difficult to get. She gained her title from 3 straight trackingtests! 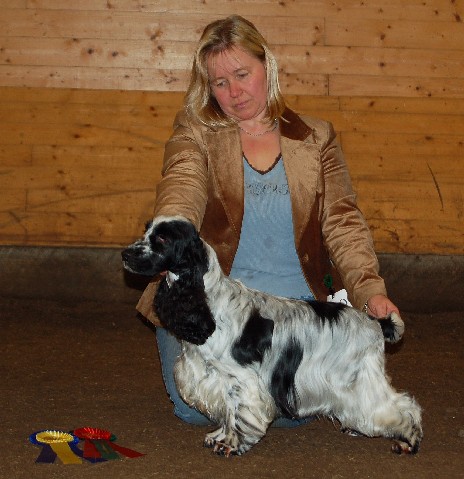