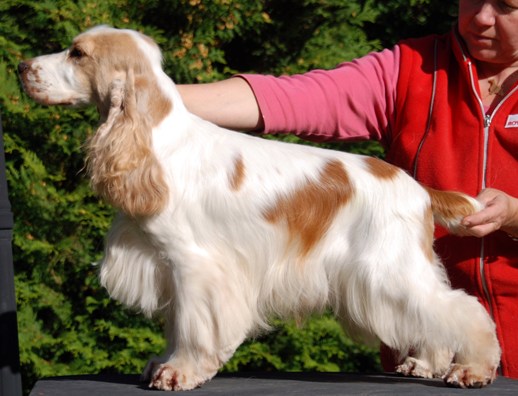 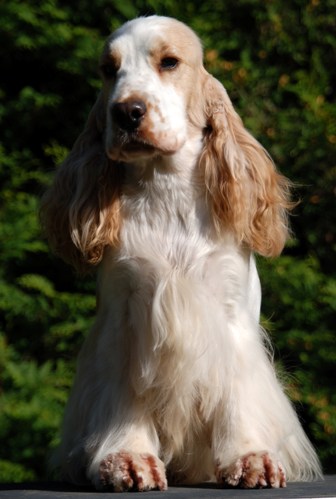 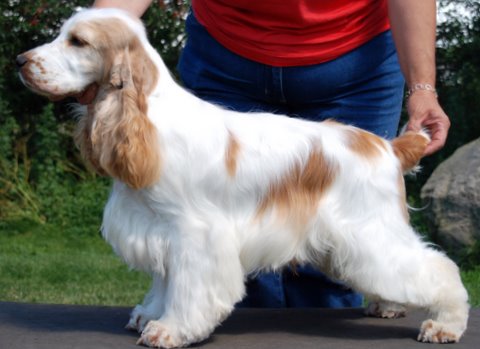 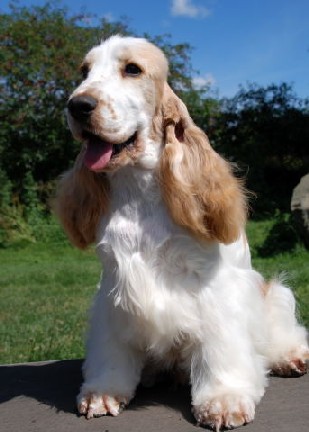 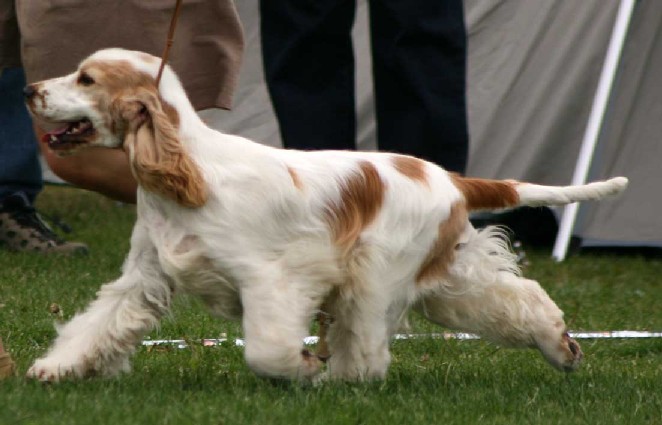 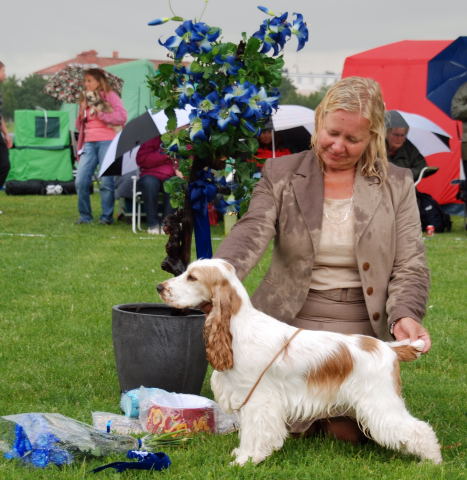 Bjorn lived with us his first 2 years but has now moved to Anna Liljestrom and her family in Lidingo, just outside of Stockholm.
Quite funny that Bjorn is very much a copy of our Otto, despite that the pedigree is not that similar. And it was the same story with Otto, we had no plans to keep him from the start but we could'nt part from him either... Bjorns temperament is the same as his auntie Josofins, goes like gelly in your arms when you pick him up and is allways just as outgoing and happy!

First time out in the show ring Bjorn was handled by Karoline Djerf since I also had Johnny in the same class. Bjorn was placed second with HP (honorary prize) and Johnny 3:rd with HP. After that he got such a wolly coat allover and looked like some unrecognisable breed, so he had to wait for his turn at home....
He got to come out one last time in puppyclass, only a few days before he turned 9 months old where he was BOB puppy. This was at Koping international and he ended up as BIS-2 in the finals amongst about 70 pups of different breeds! He did'nt mind at all that it was pouring down, he loved showing off and behaved as he had never done anthing else in his life!

We call him Bjorn rubberlegs... 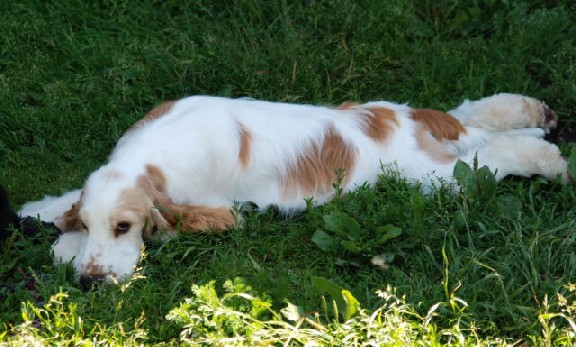