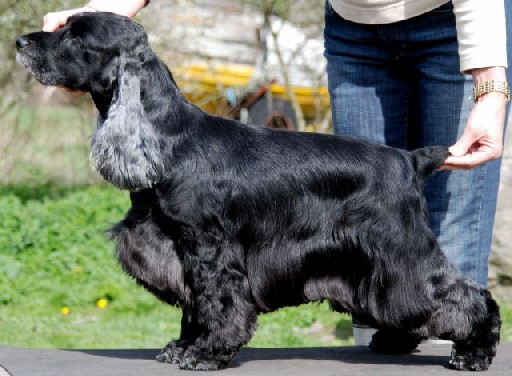 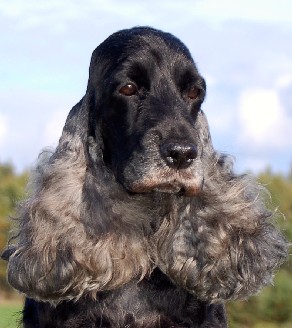 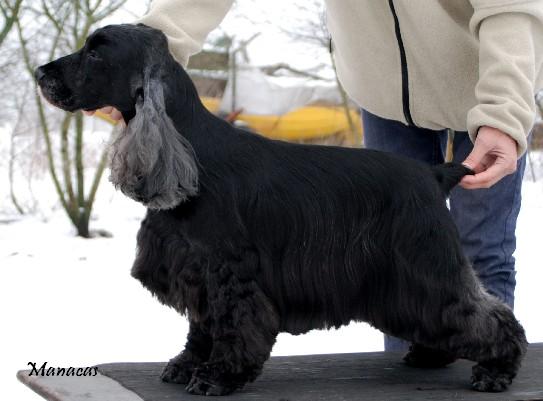 "Arnie" was co-owned with Mrs Yvette Widenor until January-2006. He came to Sweden in 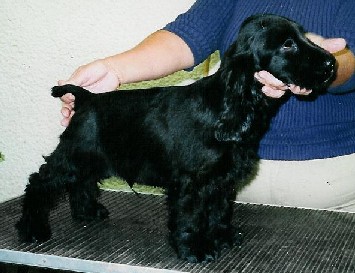 November-99 from Mrs Penny Lester in England where we´ve been and looked him out. In a crowd of puppies, he was the only we saw, and we where especially looking for moovements and a beautiful head with a soft expression. At the photo beside he is 9 weeks old. He has a wonderful temperament, wich is the most important thing, that he also has a great show temperament just comes as an extra gift. Arnie gained he´s first CC at Skokloster (Swe. Spaniel & retr. club) amongst 93 entries, only 11 months old on the day ! The day after he became BIS at the Stockholm Cocker show !

After that it has just kept on going well, with 4 CC´s from juniorclass and a BOB along in the bagage. He was runner up as junior world winner in Milan-2000 !
He gained the Swedish Championtitle first day possible, July 1:st-2001, just a few days after his second birthday.

Arnie has clear hips & eyes and is optigen A (normal/clear)!
he sires black, red and black & tans..!

Here you can take a look at Arnies offspring..