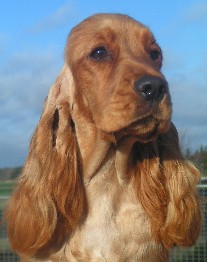 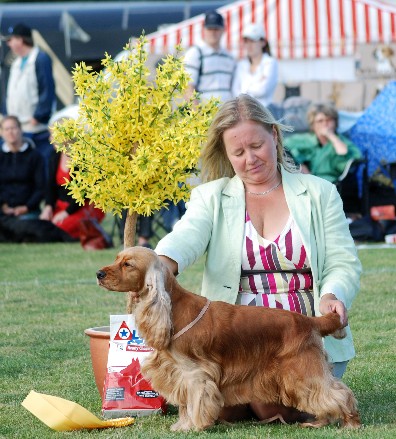 "Solveig" is just like her mother, both in looks and maners. Very calm and harmonic, mostly just thinking about life and things....The best time she has when she's running in the fields together with Nemo, our black & tan male..

Solveig also made her show debut like her mother, by becoming BPIS! Several BPIS & BPIS.reserves has followed since then.... and she ended her time in puppyclass in the same way... becoming BPIS!!
From juniorclass she's got 2 CAC's, she only needs one more from openclass for her championtitle. That one has to wait til after the summer since she's awaiting her first litter.
On the 2 fist shows of 2007 she got CAC and was BOS, wich made her Swedish showchampion!

Solveigs got A-hips and eyes clear, and is hereditary optigen normal/clear (A) and FN normal