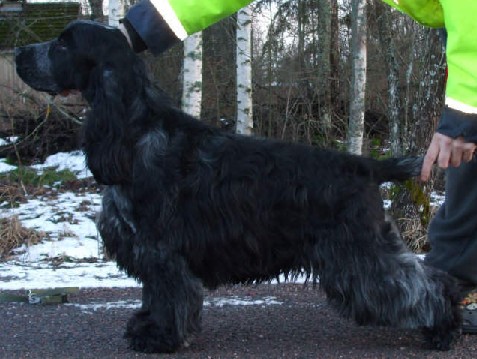 Victor was the one that caught my eye from moment he was born, and as he kept beeing eyecatching, he was the one chosen to stay with us. He really knows how to enjoy life and has very easy found his way in the pack. Several times a day he lays on the ground wrestling and playing with Rebecka, who is his best friend.
He has been looking a bit like something of a Bracco Italiano for some months but he's slowly getting back to a shape of a Cocker spaniel!

He became Best Puppy in Breed his first time out in the ring!

At the age of 10 months Victor moved to kennel Raccoon's in Finland, we wish him very good luck in his new home!
Here's a photo of Victor, taken just a few days after his arrival to his new home wich shows that he has settled just nicely amongst his new friends. 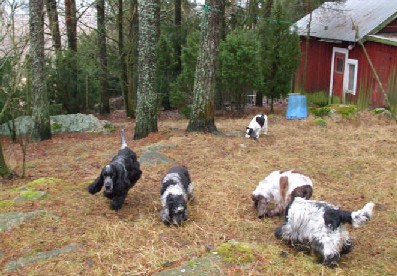