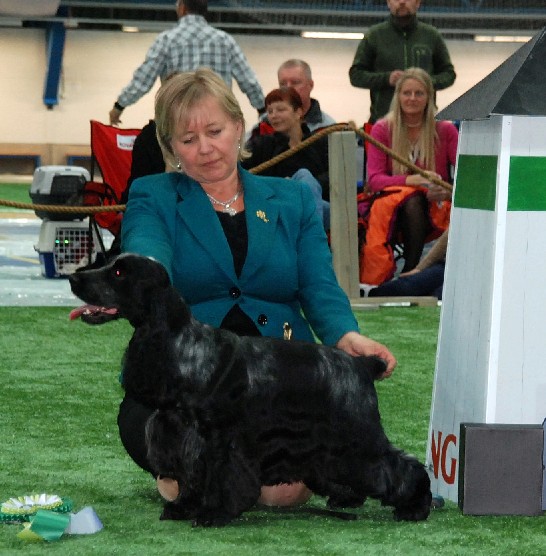 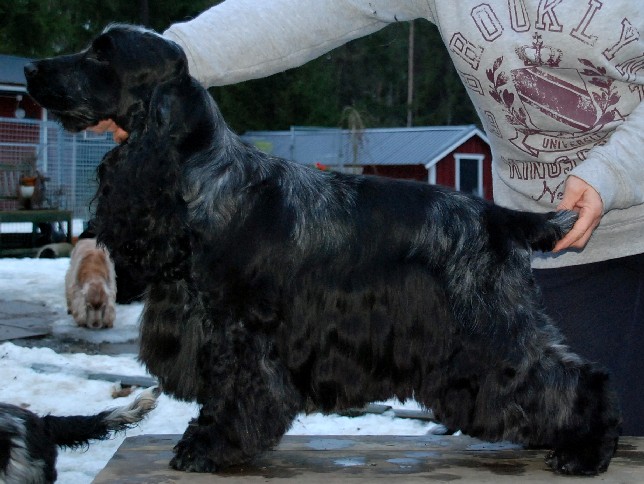 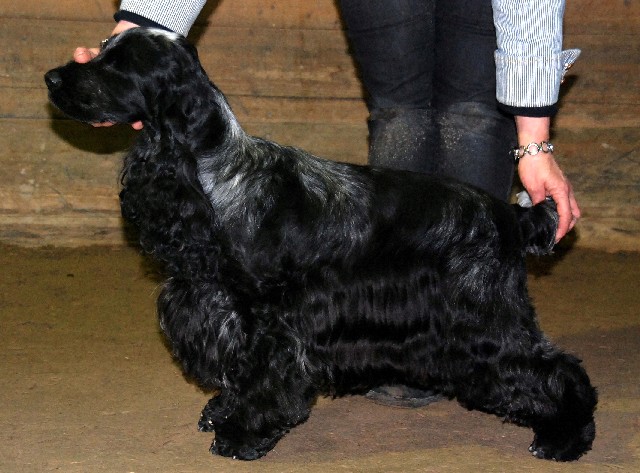 Roger almost 2 years, and then 2 years old, champion on the day! 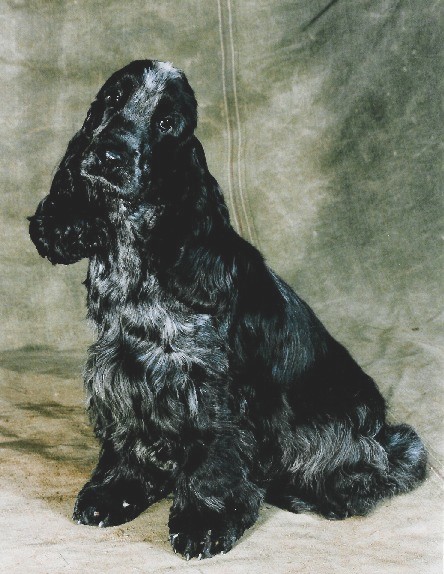 Here he is 8 months, this photo is a BOB win from puppyclass 8 månader, a sitting at a photographers. 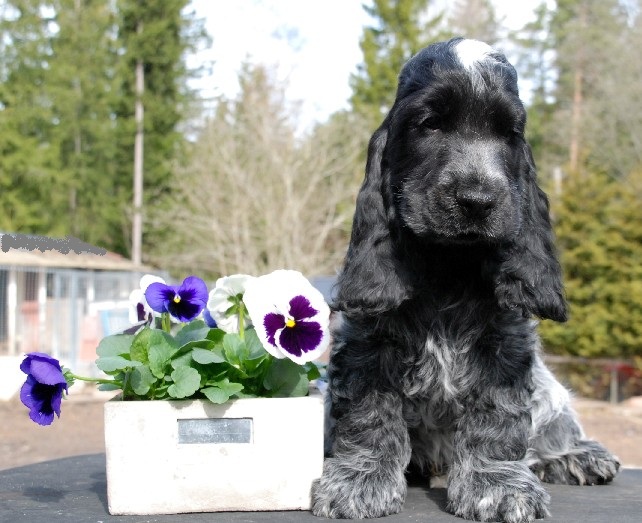 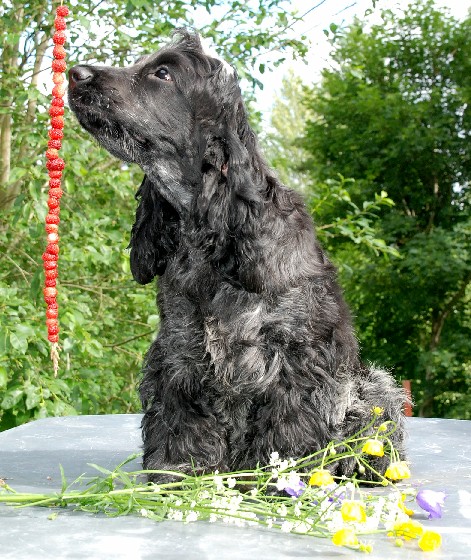 Roger as the cutest puppy ever....

It was obviously ment to be that Roger should stay with us... He was first ment to go to Scotland but they cancelled, then he was going to Italy but they cancelled, and then I had a lady in Germany who was waiting to get him and she also cancelled, so I decided he should stay with us, a decision I have never regretted for a minute! Roger has the most charming personality you can imagine, and he looks just like a masculine copy of his mother.
He is shown twice in puppyclass. First time out he was BOB puppy in a huge competition under Mr Patric Ragnarsson and second time out he was 2:nd in his class with HP at the clubshow under Ms Annie Kettle.
He has one CAC from juniorclass and from youthclass he has several CAC's, BOB's and even a groupplacement! So proud of my boy! He was TOP WINNING JUNIORMALE-2012 and he got his final CAC for the title only 8 days after his second birthday, at his first try in open class (as is needed in Sweden).

Roger has been hipscored with A hips and has eyes clear. He is also optigen normal/clear for prcdPRA & FN by parentage. He has sired his first litter of pups by Maggie - Ch Manaca's Pull No Punches and they had a nice bunch of 4 in orange and blue.