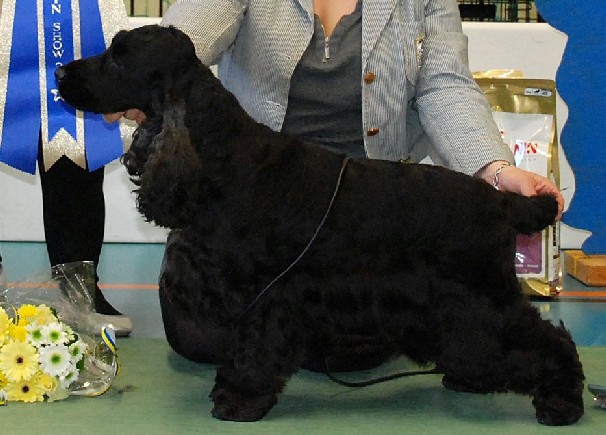 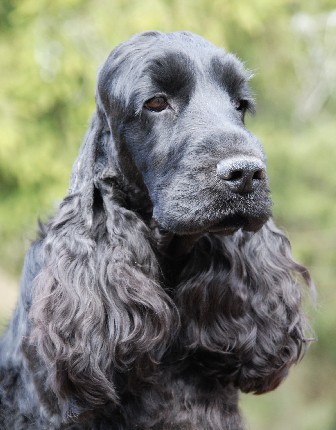 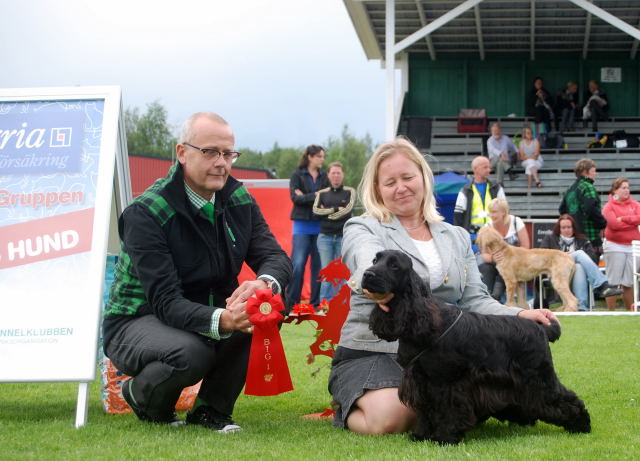 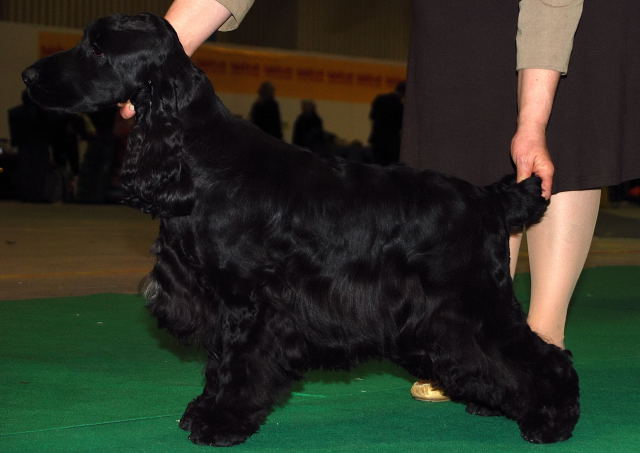 Johnny at Malmö Int. march-09 were he won the youthclass and was 4:th best male 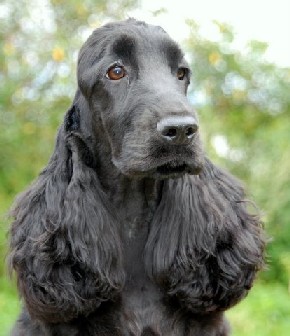 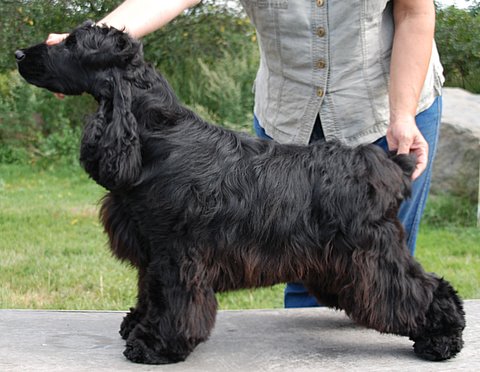 Johnny came home to us in January 2008 from kennel Charbonnel in England. He is chosen from a litter of 10 that his mother Sonja gave birth to, during her time at Charbonnel. Mother & son reunited in March when Sonja came home again.
He ran in amongst my other dogs with a wagging tail and directly connected with Bjorn who is the same age as him. But when he gets tired, he cuddles up with his halfsister Joyce, who he flew home with from England.

Johnny has been shown 6 times in puppyclass and has been BOB 4 times with BIS placements and 1 BOS, what a superstart to his showcarreer!!
Now he is in intermediateclass from were he already has 5 CACs, 3 BOBs, groupwin and twice placed in BIS!!!!

He has produced his first litters of pups and they are looking very promising. Johnny sires blacks and reds.