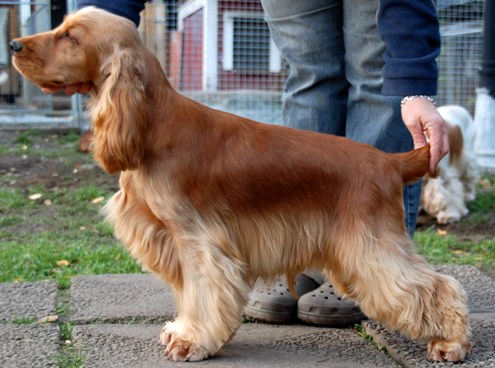 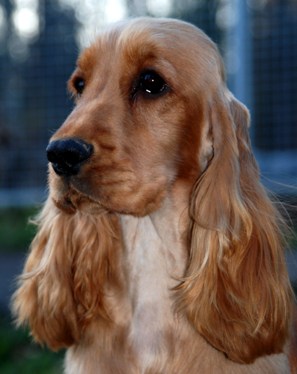 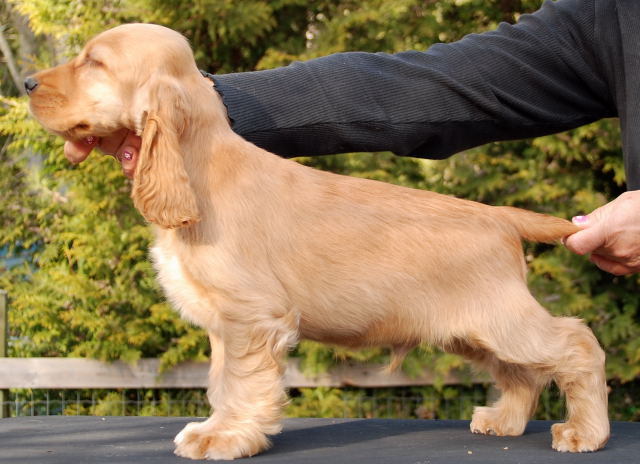 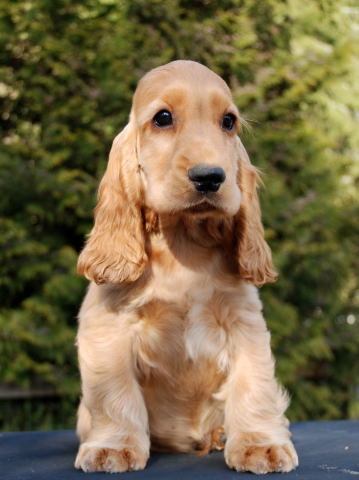 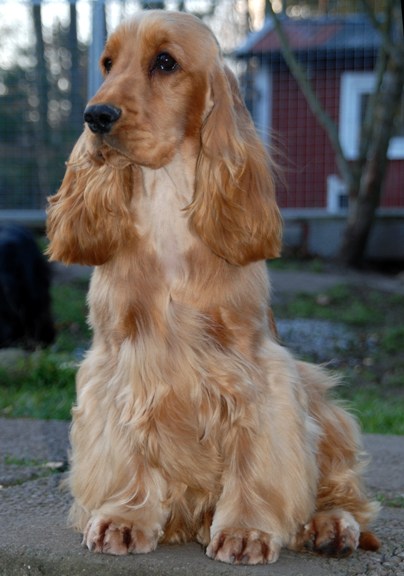 Joe has now moved to his new home in England at the Charbonnel kennels with Sandy & Hannah Platt. He has a very happy go lucky personality and he can talk! Sometimes he comes up to me and gives me a slap on my leg with his paw and says something, if you talk back to him at that time you can have long conversation with him! And he really says his opinion when the food is'nt served when he wants it! ;-)

Joe is only shown twice in puppyclass. First time out he beat his littersister Helen and was BOB puppy and then BIS-3! He has been shown i juniorclass once, at Stockholm International,  when he was placed second after our Paddy who was later best dog! 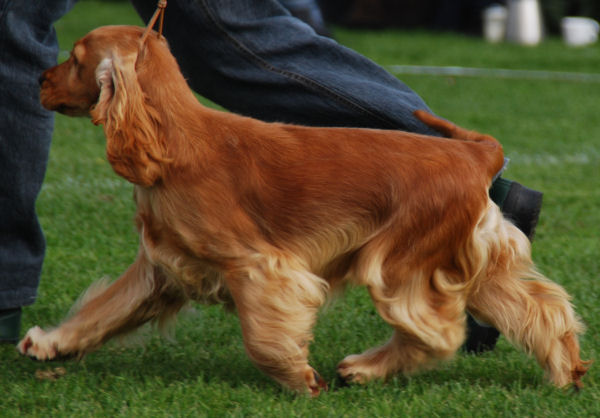 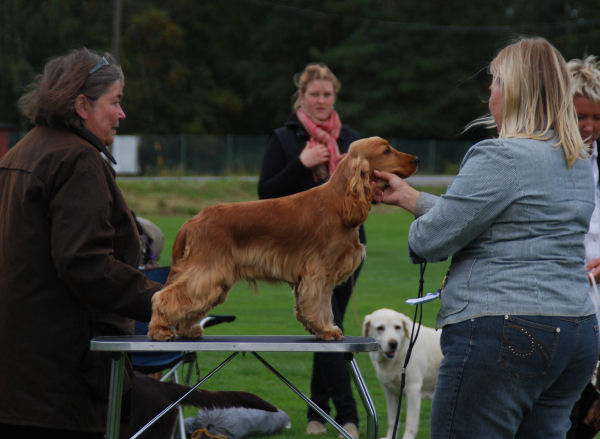 Joe the move in the BIS finals, and Joe beeing examined by the BIS judge