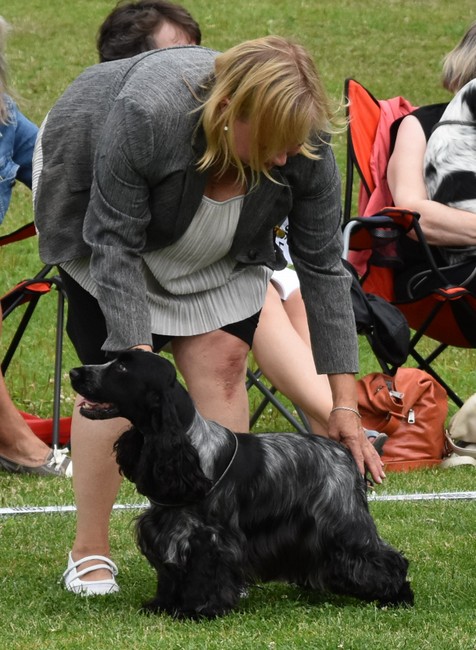 Gunilla 2 years old, where she gets her final CAC in Västeras under Tamas Jakkel and thereby gained her championtitle! 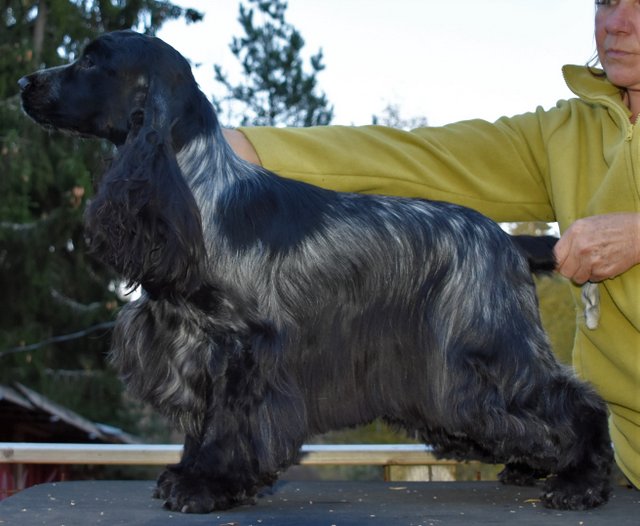 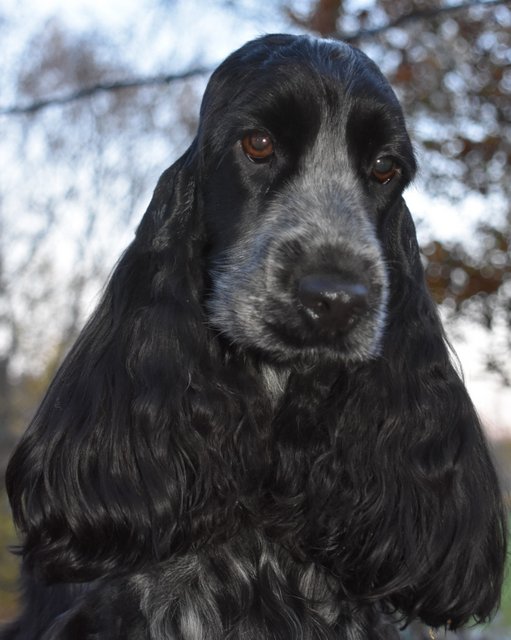 Gunila comes from a litter were I was able to lease her mother Chelsea - SJV SEU(u)Ch NOUCH DKUCH Manaca's No Strings Attached whom I sold to Madeleine Bäck, for a liter. She was mated to our Henry - SEU(u)Ch DKUCH SEVCH Manaca's Gust of Wind, And quite early on I knew which one of the 2 girls in the litter was going to stay with us, a decision I have never had to regret. Gunilla is such a funny girl, always up for fun and games. And if there's nobody to play with she easily amuses herself. For ex she can lay a ball at top of something and watch it start to roll and then run after it and fetch, and then do this over and over again. She is so funny to watch!
In puppyclass and in the beginning of junior she was almost always 2nd after a Anton daughter (wich is ok, as long as it stays in the family ;) ) Then I entered her late to WDS in Amsterdam, since Eva whom I entered early had dropped all of her coat. And there she went and won the juniorclass both at the specials AND at WDS! The win at WDS was over 30 juniorbitches! and gave her the title JUNIOR WORLD WINNER-2018! She was also BOB junior and also got the res-CAC! Judge for bitches was Ron James, UK and BOB Barbara Müller. Sadly we missed the junior finals as we did'nt get any info to were or when it was....
Also to our Clubshow I entered her late, on the extended entrytime, which seems to be a lucky thing for this girl, as she went and got best bitch with CAC from juniorclass! Judge was Mr Philip Dye and there was 128 entries. 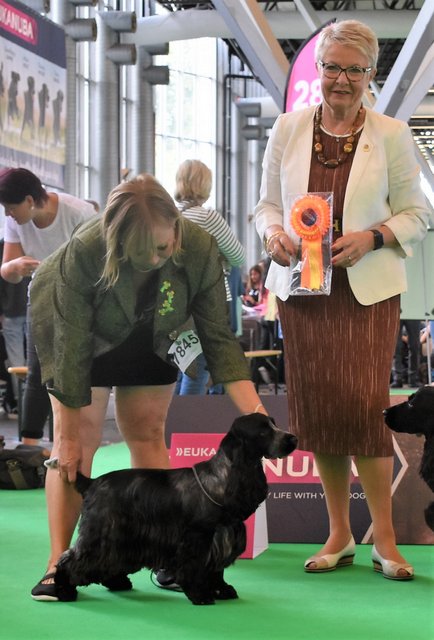 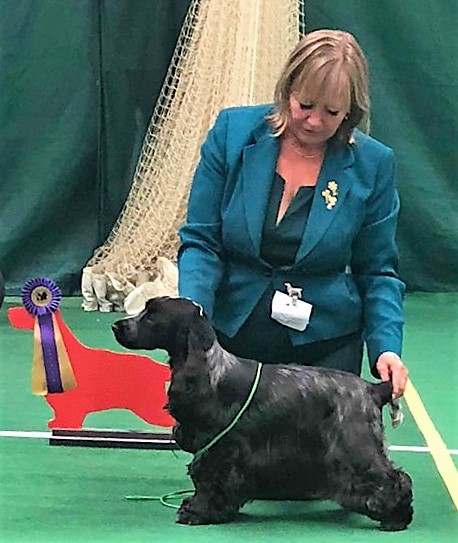