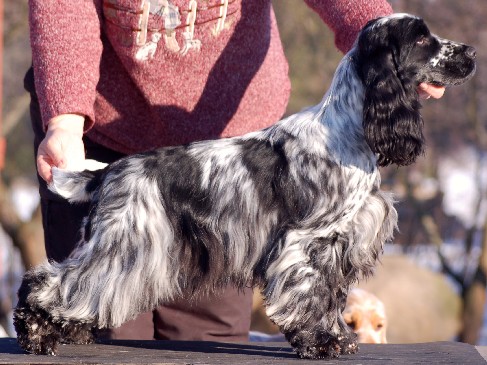 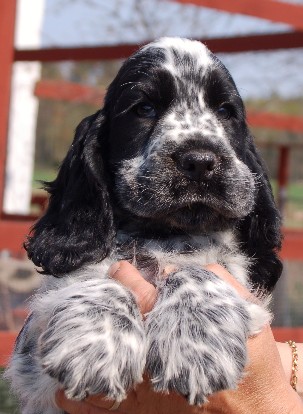 "Camilla", who was born on the Camilladay, was the pup we decided in an early stage to keep from the litter. She was a very easygoing puppy, running around with the rest of the dogs like the most natural thing and was accepted by everyone from day 1. She was best friends with our Folke and was like a bigsister to him .

She was shown only once in puppyclass, wich resulted in BOS puppy!
Camilla got a CK first time out in juniorclass.
Since then she has from juniorclass CAC and BOS under Mr Tamas Jakkel. CAC and 2:nd best bitch at the Cockerclub Clubshow-07 under Mr John Gillespie. 2 CAC's more followed after that. She qualified for Cruft's at Oslo International by becoming BOS and getting the norwegian CAC and CACIB!

She became Swedish trackingchampion at 4 straight tests, without any training in between! Just another natural in the woods, wich was were she met her faith by getting hit by the train after escaping from home and beeing on the run for 10 days. Even though she did'nt even get to face her second birthday she left a huge empty space after her. We will allways be grateful for her short time with us and remember all fun times we had with her, and they were several, I promise!
Thanks for all my friend, sleep tight...