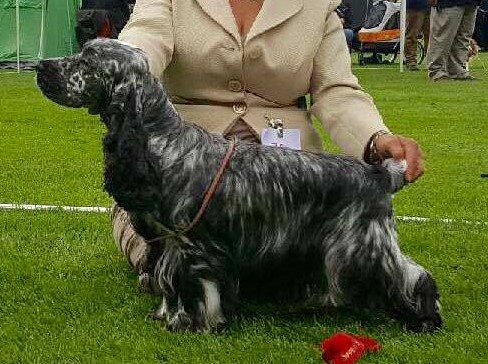 Beata is the one I kept from Vanjas last litter. Of course because of her promising construction as a puppy, but also because of her unique colouring. She looks a bit like an English Setter with her spotted coat. She was only shown a few times as a puppy, when she was still nice. But after that she grew out of herself totally. I almost sold her a few times, that's how ugly she was! She stayed on mostly because she was such a pleasure to live with, with her soft but vivid mentality, getting along so well with everyone. Well, I'm glad now I had patience to wait for her. All of a sudden she just "grew back into herself" again, and reminded of what she had promised as a puppy!
She quite quickly gained all her CACs, and was made best bitch, got her championtitel and BOB at Ransater International, where she ever beat her successful kennelmate Lena! 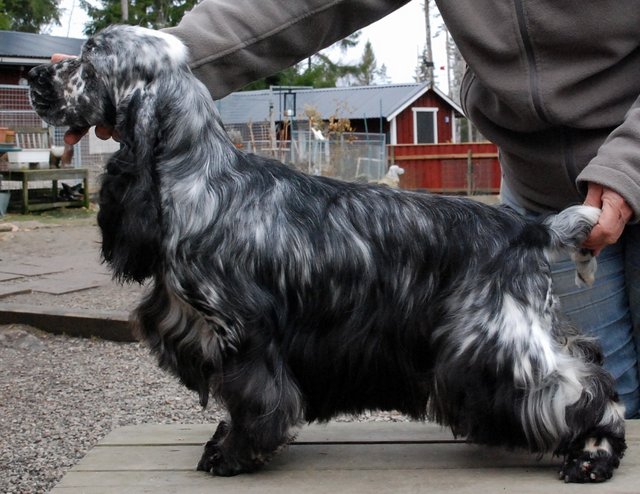 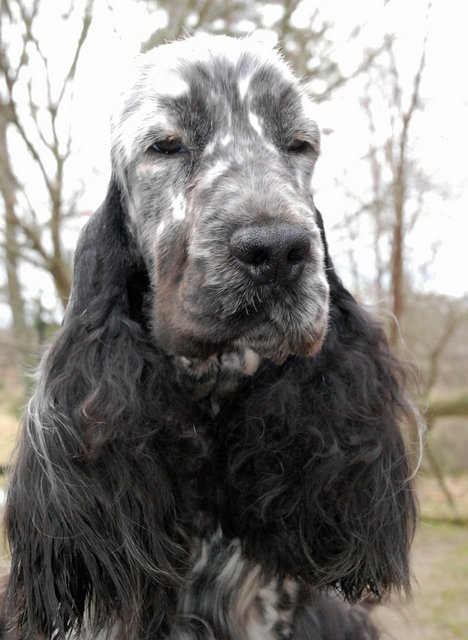 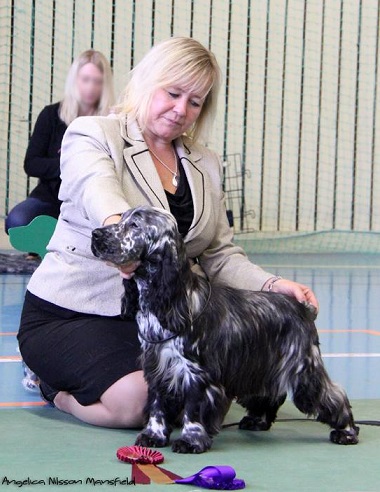 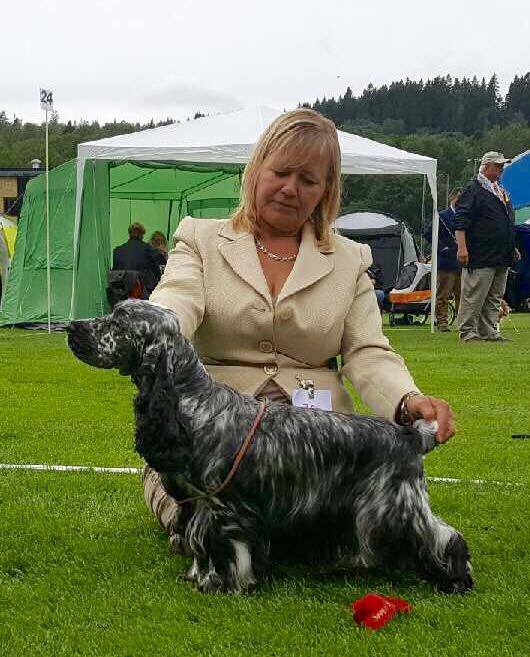 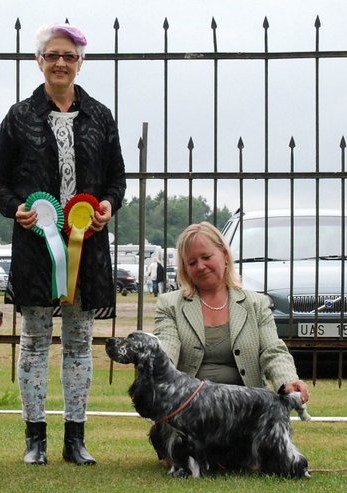 about 1 year in between first 2 photos... first junior and then 2 years. And last going BOB and getting her championtitle at 2 years old! 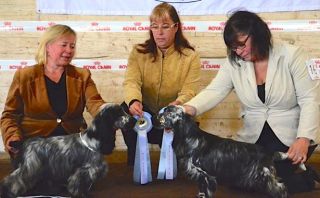 Beata at her first show - BIS reserve, eonly beaten by our Henry!